It continues the ill advised idea seen in planning irresponsibly pushed by such organizations connected with the 'Committee of 100' on the Federal City, of a west extension of essentially the building line of the cir. 1999 'Capital Square' townhouses, a mere 16 1/5 feet away, clearly complicating constructing the I-395 Washington Channel Tunnel, leaving no room to maintain traffic, while blocking adding even a single lane
Posted by Douglas Andrew Willinger at 10:01 PM No comments:

NMA Maryland Alert: Should the Baltimore Washington Parkway (295) be Widened?

Open access to our federal government is a key issue in this day and age -- and that access includes roads to Washington...!

The Baltimore-Washington Parkway carries approximately 100,000 vehicles per day (Annual Average Daily Traffic), and this represents a five-fold traffic increase since the parkway opened more than 50 years ago. (See this historic overview.)

Yet when an NMA member called his Senator about the need to widen the Parkway to relieve congestion that had traffic at a daily standstill, he was told that he was "the only one complaining."

Do you agree that lanes (and not just an HOV lane) should be added to the Baltimore-Washington Parkway as soon as practically possible? Then add your voice to the chorus. Members of the Maryland House of Delegates and the State Senate, along with Baltimore officials, should hear the complaints about traffic on the parkway directly.

If any place needs its free and open access maintained, it's our nation's capital, right...?
Posted by Douglas Andrew Willinger at 9:22 PM 1 comment:

Inspired by boondoggles as 'The Hampshires' Masonic Eastern Star I-95 Blockage in Washington, D.C. amongst others...
Posted by Douglas Andrew Willinger at 3:17 AM No comments: 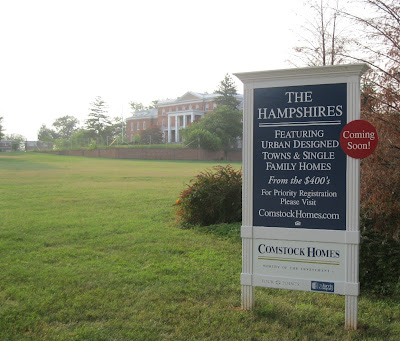 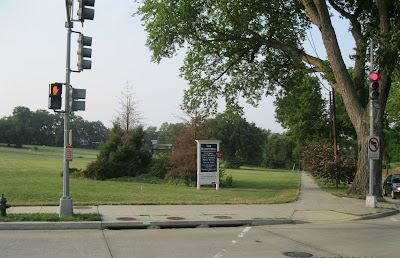 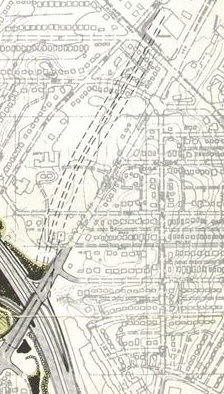 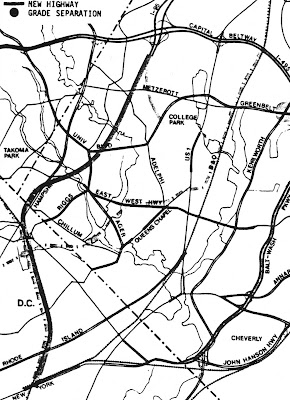 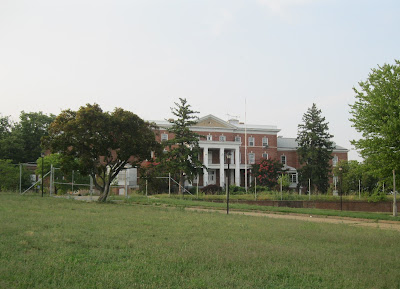 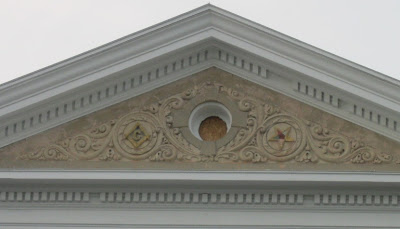 New demolition specials on D.C. I-95 route, in the form of "The Hampshires" a real estate project by Comstock Homes.

Was reported in December 2010. AFAIK it has not been covered in such planning related blogs as Greater Greater Washington.

According to the developer's web site:

This exclusive community is being built around a landscaped Village Green featuring landscaped open space and a community center. The Hampshires combines the conveniences of upscale, urban living in a Metro accessible location with hard to find, private open space amenities. Opportunities to own a new home are limited, just 37 City Homes (single family detached) and 73 townhomes will be available at the Hampshires.

The Towns of Hampshires, ranging from approximately 1,800 to 1,900 square feet, will include 3 bedrooms, gourmet kitchens with stainless steel appliances, granite countertops, upgraded cabinetry, open floorplans with generous room sizes, some with garages. The Towns of Hampshires will feature architecture designed to compliment the historical ambience the surrounding area.

The Hampshires is located at 6000 New Hampshire Ave. NE in the established Lomond Riggs neighborhood of Washington, DC. Pre-construction prices are expected to start in the upper $400’s.

For additional information about this community please contact the Comstock Homes sales representative at 703-883-1700 or request information online by clicking HERE.

At this time, I have yet to see any renderings.[* UPDATE July 15, 2011] Though described as including a village green, the project will likely include a number of new homes that can be described as demolition specials, to create new opposition to ever completing PEPCO-B&O I-95 within the Beltway. 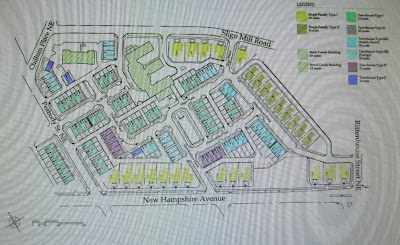 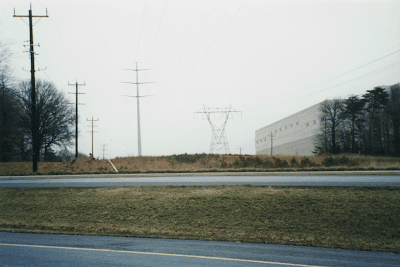 PEPCO power line right of way- 250 feet wide, extending about 5 miles from the Capital Beltway to the vicinity of Ray Road and New Hampshire Avenue, about 1,600 feet from the MD/DC line 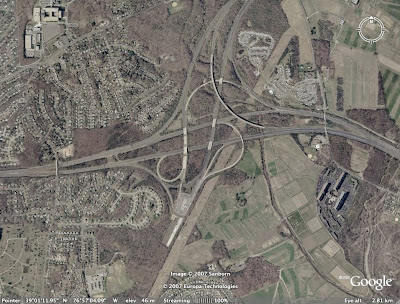 I-95 'stumps' at the I-495 Capital Beltway, with parallel PEPCO right of way 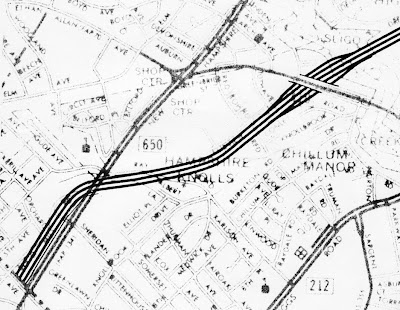 I-95 extension alongside New Hampshire Avenue in Washington, D.C. (1971)

'The Hampshires' I-95 Demolition Special Project in Washington, D.C. via Comstock Homes (2011)