The Doctrinaire Anti-New Highways Position of the 1970s 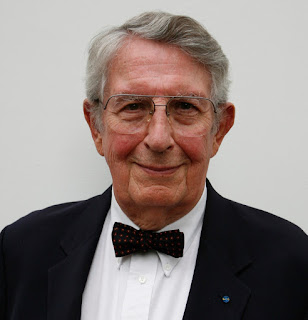 ... Section 137(b) of the Federal-Aid Highway Act of 1973 (codified as 23 U.S.C. 103(4)), which authorized the Governor (Mayor Washington, in the case of D.C.), and the responsible locally elected officials (the D.C. City Council) to jointly request the U.S. Department of Transportation to transfer federal aid, formerly earmarked for freeways, for 80% of the cost of transit improvements. Such fund transfers may occur on either of two alternatives:

First, that the Interstate segment being deleted "is not essential to the completion of a unified and connected interstate System." The following un built freeways meet that test:

(2) Northeast Freeway (I-95); Maryland likewise has abandoned I-95 within the Beltway

(3) New York Avenue Industrial Freeway. This is not even on the Interstate System.

(4) East Leg of Inner Loop (I-295). Without an I-95 to Maryland, this is a freeway leading nowhere; the I-295 label should be returned to the already-constructed Kenilworth Avenue Freeway where it began.

(5) North Leg-West Section of Inner Loop (K Street Freeway)(I-66). This Council already has urged that Virginia abandon I-66 inside the Beltway in Virginia. Consistent with this action, I-66, within the city should also be scrapped. [DW note: that I-66 was actually built and opened in 1982]

(6) North Leg-East Section (Center Leg and I-66 to East Leg). Also not essential.

(8) Three Sisters Bridge (I-266). Even Virginia's State highway Department -- never distinguished for its concern for area residents (Virginians included), has concluded this bridge should not be built. With no Virginia connection, it would be a bridge leading nowhere.

(9) Georgetown Waterfront Tunnel (I-266) This segment is also not essential for an Interstate System, although (if properly tunneled and restricted in capacity) it may be desirable to achieve other urban goals.

Second, and independently of the first reason it, freeways may be deleted and the federal aid transferred to mass transit -- even if the freeway segment might be deemed essential for a "unified and connected Interstate system" if such freeway segment "would not be essential after completion of one or more substitute public mass transit projects." See 23 C.F.R. 476.304(3). All previously planned but un built freeways in D.C. meet this test. This has been adequately demonstrated by the numerous in-depth studies published by the Committee of 100 on the Federal City and other independent analysts.

Several red herrings have been raised concerning the flexibility of the federal-aid transfer provision. None, however, has merit. For example, former D.C. Highway Director Airis, wanting to construct the South Leg of the Inner Loop (under the Lincoln Memorial) [sic] claimed that fund transfers were not applicable in that case because there were no plans for rail rapid transit "in the same corridor"; i.e., between Theodore Roosevelt Bridge and the Southwest Freeway. The Act of Congress and the DOT regulations contain no such rigid requirement. To the contrary, the federal aid transfer authority may even extend outside the urbanized area of Washington. This was made explicit by the DOT regulations which provide (23 C.F.R. 476.314):

"The proposed projects must serve the urbanized area from which the Interstate segment is withdrawn, but need not utilize the same transportation corridor as the withdrawn segment and need not be physically located within that urbanized area."

With this wide-open legal authority to get rid of unwanted freeways and to transfer that federal aid to public transit, it is remarkable there has been so little sign of activity at the District Building to implement this authority.

Over one billion four hundred dollars of federal aid is involved. It provides a vehicle, without Congressional action, to increase the ratio of federal aid to local participation for Metro from its present 2/3-1/3 [67/33] split to an 80/20 split. Without any increase in local participation (and local taxes) it offers an additional $840 million in federal aid for Metro. If the full $1.4 billion of federal aid for Metro were desired for transit improvements, the additional matching cost to local jurisdictions (D.C., Maryland and Virginia) would be $112 million. These funds may be spent anywhere -- not merely in the District of Columbia. They could hasten the day when the full 98- mile rail rapid transit system is operating as originally planned. They could also be devoted to purchases of new buses and other transit improvements.

There is no reason for the Council to wait, simply because the city administration has been delinquent on its promises to establish a city Department of Transportation under new and competent leadership. The time is overdue for people-moving, rather than car-moving, to be the primary objective of this city's transportation planning.

We therefore recommend that the Council immediately initiate the following actions:

2. Enact a resolution directing the Mayor to request changes in the designated Interstate System reflecting the Council's determinations regarding freeways that should not be built.


Committee of 100 on the Federal City
Letter of May 12, 1975; Elizabeth Rowe, Chairman
Dear Mr. Chairman and Members of the Council:

The Committee of 100 on the Federal City respectively requests early action by the Council on two very pressing transportation matters:

First the de mapping of unnecessary and unwanted freeways in the District of Columbia through amendment of the city's Comprehensive Plan and appropriate requests to the US Department of Transportation for the removal of such freeways from the Interstate system.

Second, the initiation by the Council, in cooperation with the Mayor, of a request to the U.S. Department of Transportation for the transfer of the federal aid formerly earmarked for such freeways (in excess of $1.4 billion) for completion of the presently-authorized Metro rail transit system.

These actions are necessary to implement two very pressing needs: First to remove forever the cloud of destruction and more autos in an auto-chocked city caused by the presence of obsolete freeway plans in the comprehensive plan and on the interstate system; and second, to help meet the escalating costs of construction of the Metro system.