A March 6, 2016 photo shoot, showing the support columns intruding even further inward than the non-load bearing add on walls in the northern Center Leg

A Congressional inquiry about this right of way giveaway would be in order, particularly regarding the lack of any cost benefit analysis of the added developer profits versus the added taxpayers' costs of replicating the lost capacity via a parallel tunnel to the east beneath 2nd Street NW, next to Georgetown Law Center. 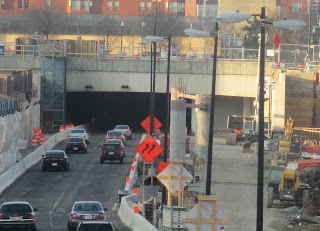 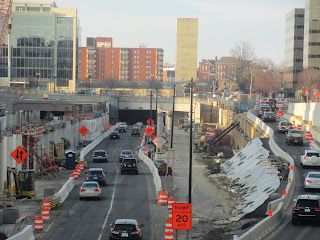 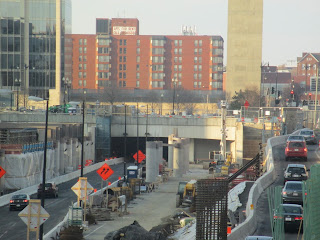 Looking North At The Northbound Lanes 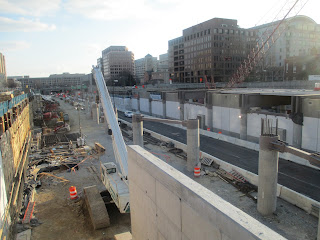 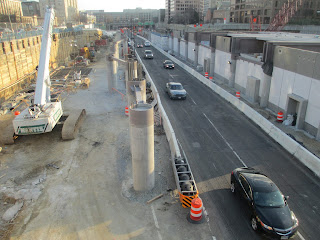 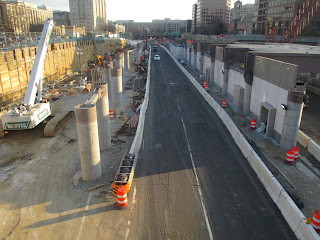 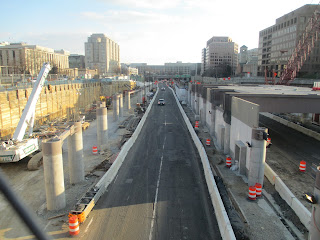 Looking South At The Northbound Lanes

Note how these idiotically placed support columns along the right-hand side of the northbound lanes are not even in a single line, despite the published plans showing else-wise. 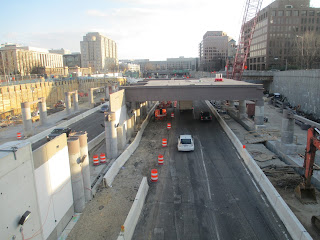 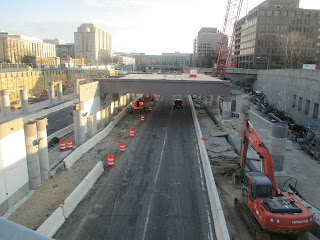 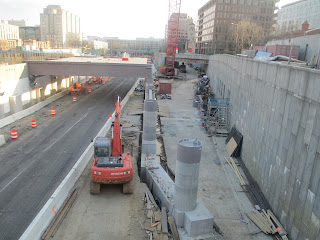 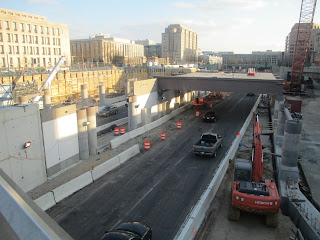 Looking South At The Southbound Lanes

Note the new deck atop the southbound lanes. 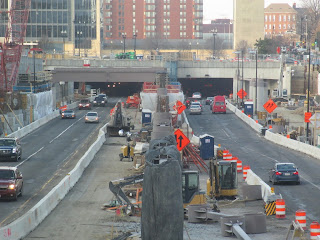 The U.S. Congress must be asleep to allow this travesty to continue.

They ought to stop this project and not allow it to continue until these support columns are removed and the plans modified to fully respect the right to of way.

That would be most cost-effect than to allow this project to continue with the current irresponsible design.

Otherwise the project should undergo a future partial demolition, which would be costlier than simply stopping the project now and requiring its design be modified before continuing.

Those involved with this irresponsible design shall one day be brought before a Congressional Committee to explain themselves, from the officials in the U.S. Federal Highway Authority that signed off on this project, to those within the Jarvis Company...

By doing nothing, those in the U.S. Congress are probably only going to make matters worse, with people asking why they did nothing.

Posted by Douglas Andrew Willinger at 12:04 AM