What would be the arguably best through the windshield vista anywhere along the U.S. interstate Highway System - on the unbuilt D.C. I-95 corridor where the topography descends -- threatened to be infringed upon by the latest horribly misguided developer's project within Washington, D.C.

The eastern portion of this developer project - by MRP Realty -- needs to be cut back. 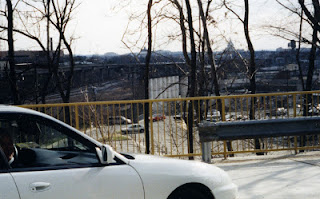 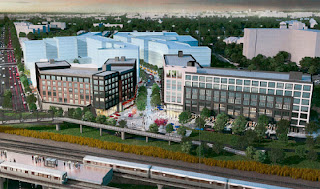 
See the various tags below to become better acquainted with this matter.

Note that the Grand Arc plan would place the southbound lanes along the railroad's western side, emerging from a tunnel portal just south of Franklin Street. 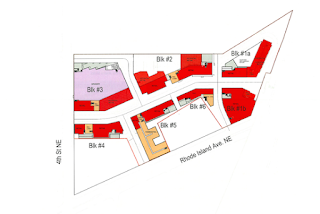 In contrast, the dominant 1960s planning placed both directions of I-95 to the east of the railroad, denying this southbound vista to the public, for the sake of placing the highway further away from Catholic University of America.
Posted by Douglas Andrew Willinger at 12:53 PM