The Washington City Paper's Obliviousness To The War On Freeways

excerpt from an April 19 2013 article in The City Paper by Aaron Wiener:
"There is No War on Cars"

This was the era when slums were condemned and razed in the name of urban renewal, when neighborhoods in Southwest were wiped out to build Brutalist federal office buildings and the quadrant’s eponymous freeway. The push to replace houses with highways amounted to a declaration of war on the District—and particularly the areas around downtown that were home mostly to minorities and the elderly—by “the whole interstate highway lobby, which were basically the oil companies and the aggregate companies and people that built the highways and that sort of thing, car companies, everybody like that,” says Boasberg. Fortunately, residents and preservationists managed to stave off much of the damage by successfully protesting proposed freeways like the Inner Loop encircling the White House in a half-mile radius, the 10-lane North Central Freeway running from Union Station through Brookland to Silver Spring, and the Three Sisters Bridge spanning the Potomac near Georgetown, saving numerous residential areas and parks from destruction.

In the 1980s, with the most aggressive freeway plans shelved and Metro operating with additional construction well underway, the city made modest efforts to restore some high-speed roads to neighborhood-friendly uses. No sheriffs threatened to shoot out anyone’s wheels, but reactions occasionally did get violent. Tom Downs, who led the District Department of Transportation from 1981 to 1983 and now chairs the Metro board, recalls a particularly extreme response to his efforts to remove reversible lanes, which allowed for speedier commutes, from Reno Road NW.


The above is a total blur of the history that ignores the design evolution -- from the clearing of all new swaths demolishing 1000s of dwellings vs the later use of cut and cover tunnels largely with existing corridors -- as well as the politics.

By 1980- ALL the freeway plans were shelved with the one remaining incomplete- the northern tunnel segment of the Center Leg - initially constructed from 1975 to 1978 - left with nothing appropriate to connect to was still un-opened.  And would not be so until a 1983-1986 finishing project to simply have I-395 be entirely intercepted by a surface street, New York Avenue, and be equipped with added walls cutting its 4 lanes in each direction in half.

The plans canceled during the 1970s were vastly different than those from the 1950s and into the 1960s.  Vastly different that the 1955 Inner Loop report that produced the basic design used for the SW and western portion of the SE Freeway. 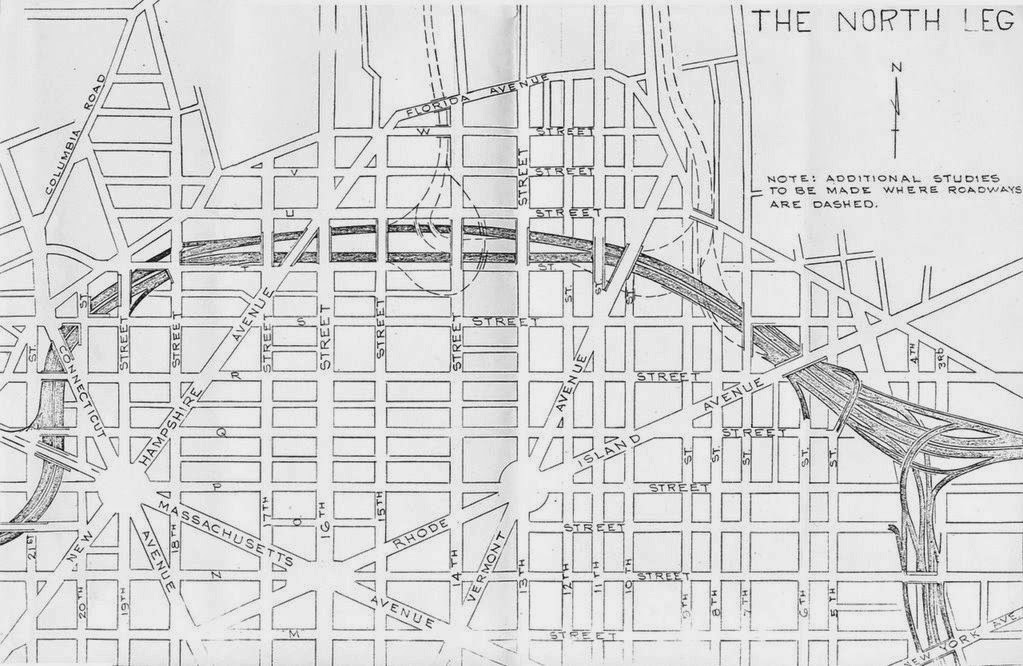 
See and compare the plans from 1955 and later:


Compare the above with the later Inner Loop plans:


1962-1971 B&O Red Line I-95; see the planning shenanigans that happened with the main northern freeway along the railroad next to Catholic University of America proposed by JFK about one year prior to his assassination:


As refined by 1971, the bulk of the building demolitions were in the middle area of the North Leg, a bit west and to the east of where the Center Leg ands at the intersections of 4th Street, New Jersey and New York Avenues- some 148 and 600+. 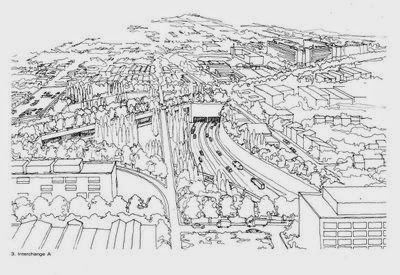 The anti freeway protest cry had been "No White man's Roads Through Black Man's Homes."

Yet the bulk of the demonstrations were for 69 reduced by 1970 to 34 dwellings at the western area of Brookland near Catholic University of America; and at the area next to Georgetown University. 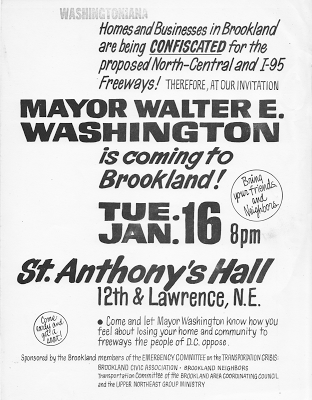 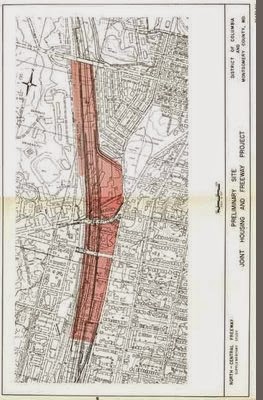 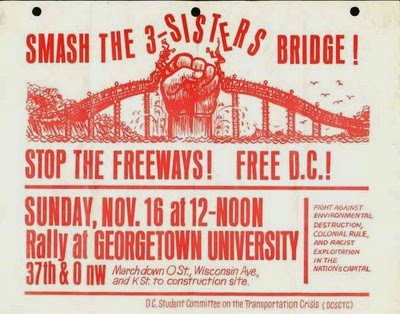 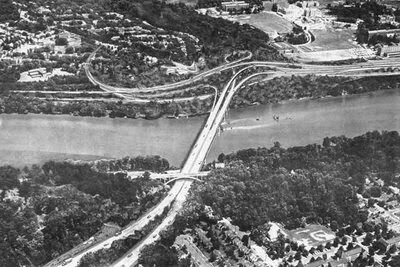 I-266 3 Sisters Bridge next to Georgetown University

See the reasons given for the 1970s 'de-mappings":


Also see the excellent site of Scott Kozel: Roads to the Future:


Related A Trip Within the Beltway articles:

The City Paper appears to be willfully misleading people with their blurred and overly simplistic reporting of the freeway planning history: 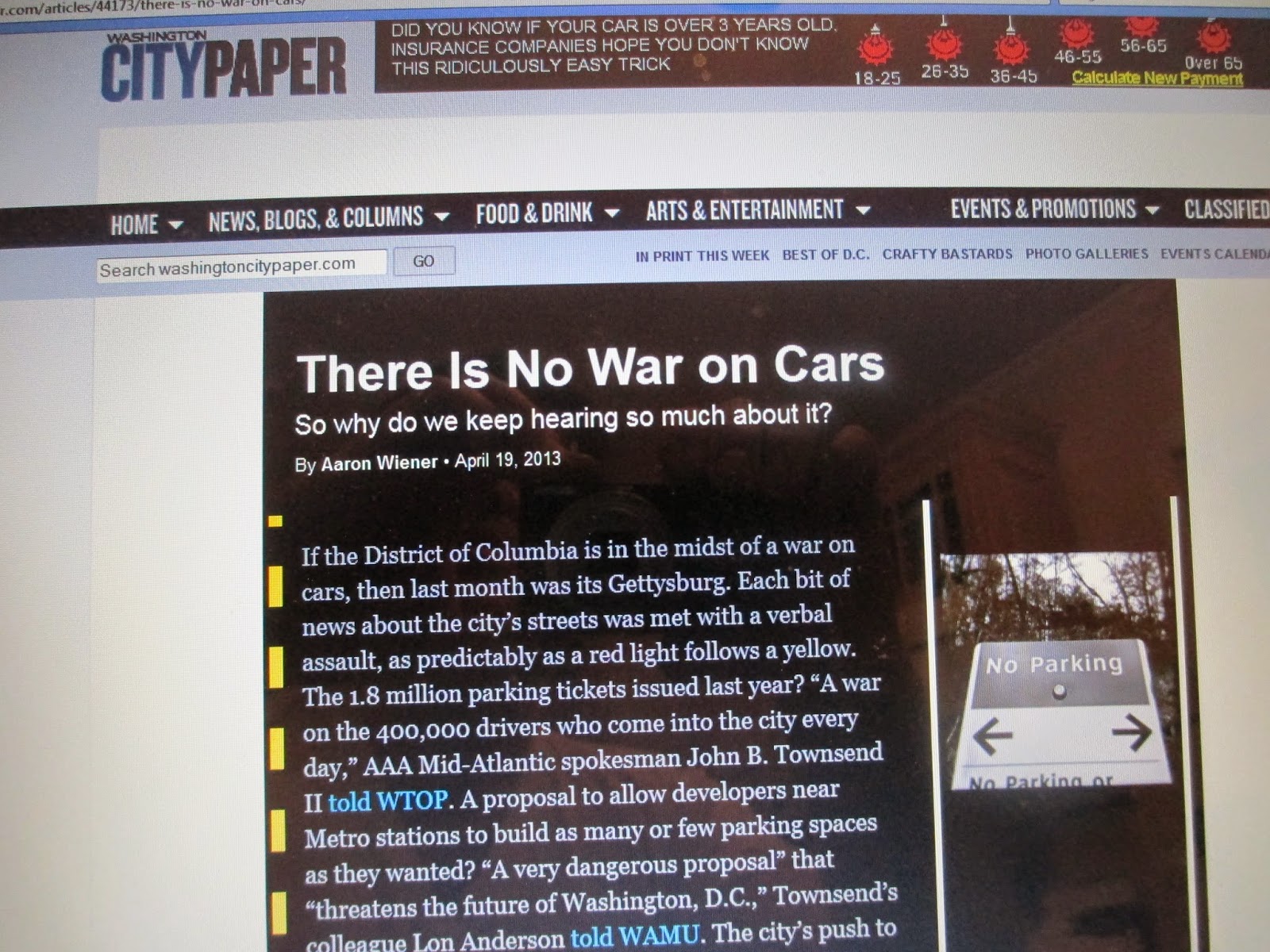 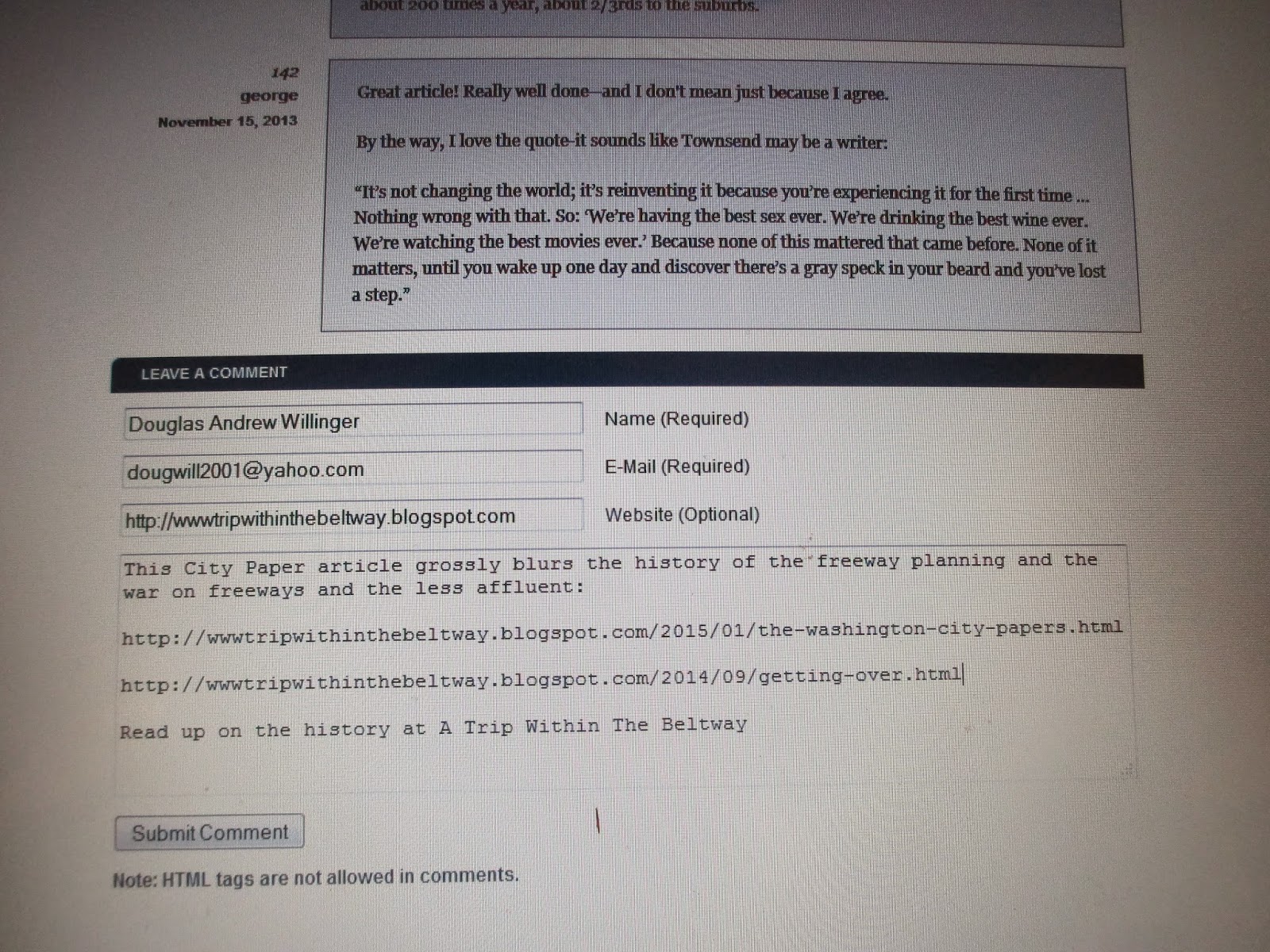 Read up on the history at A Trip Within the Beltway" 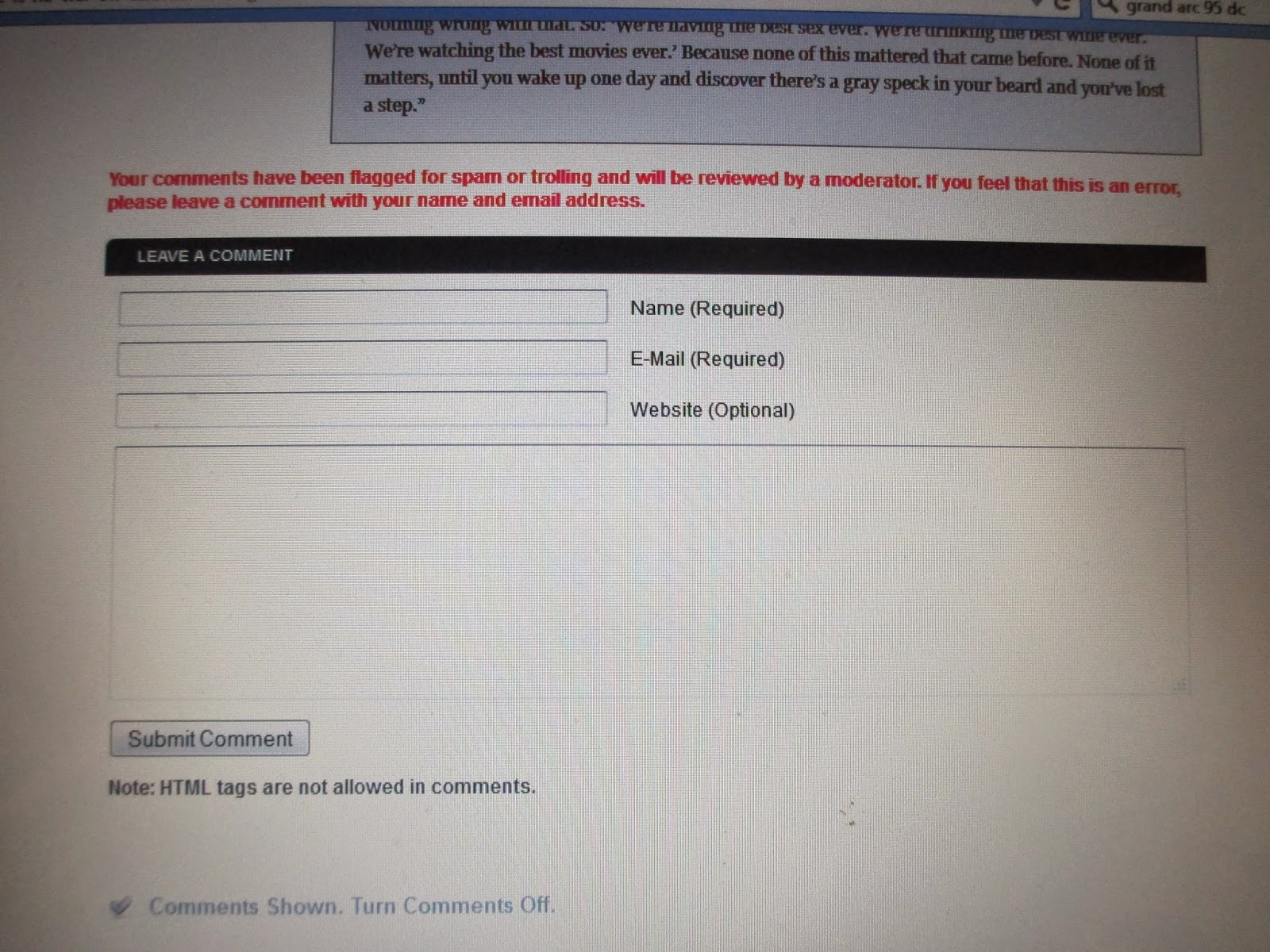 "Your comment has been flagged for spam or trolling and will be reviewed by a moderator. If you feel that this is an error, please leave a comment with your name and email address."

But I did include my name and email address.

Note that I get the same result when re-submitting the comment without the urls: 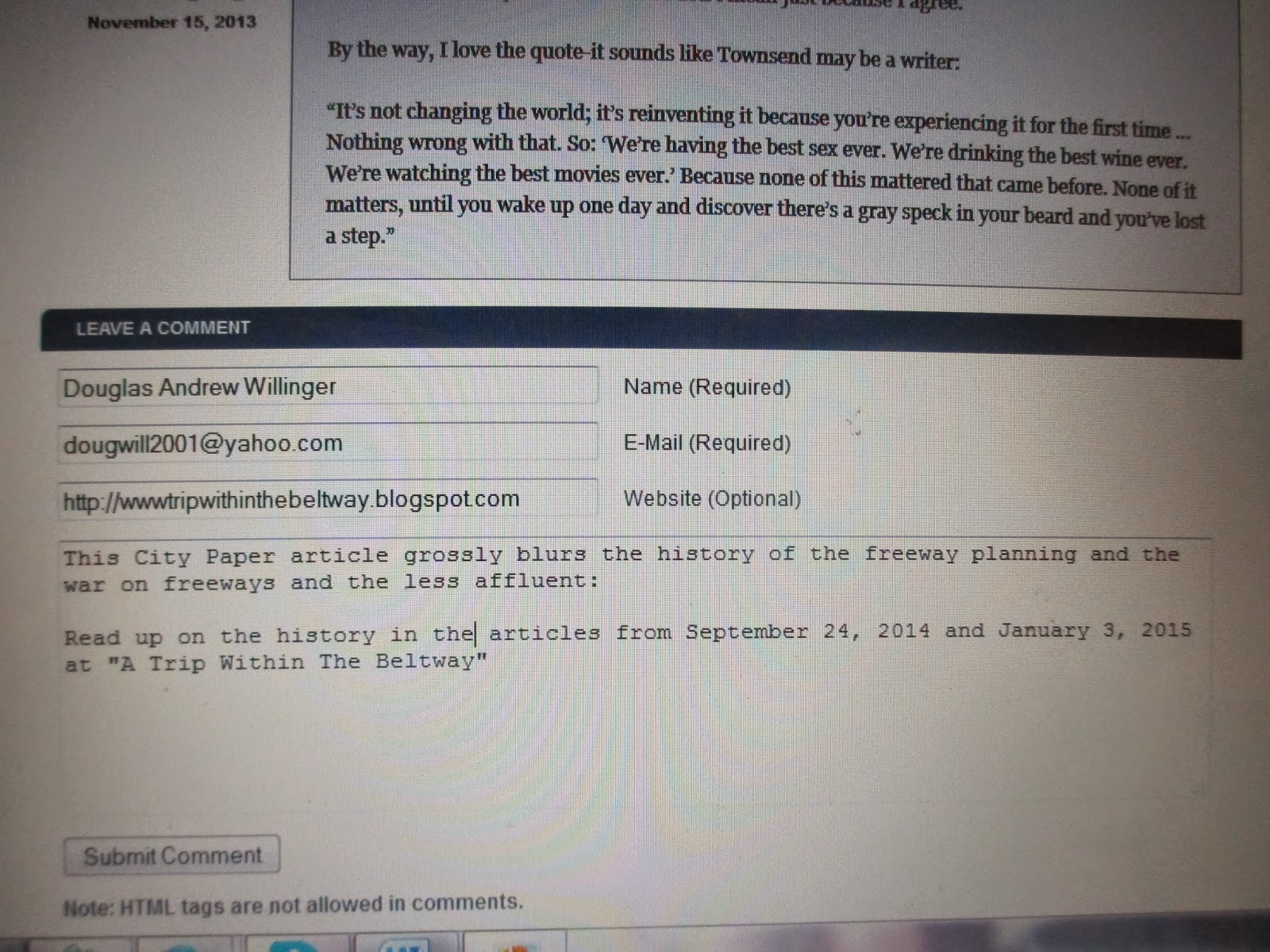 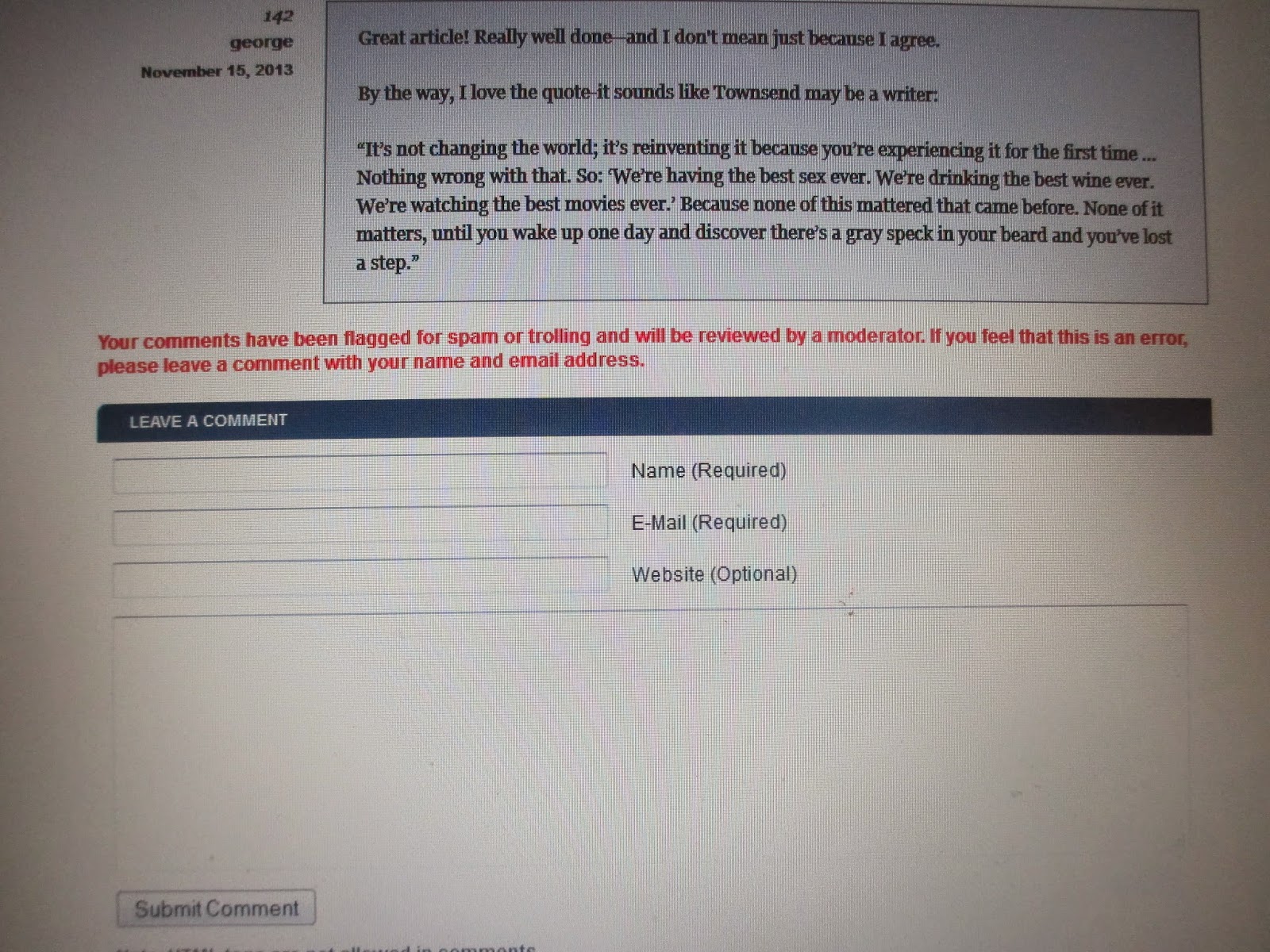 And at least one of the approved comments has an html tag: 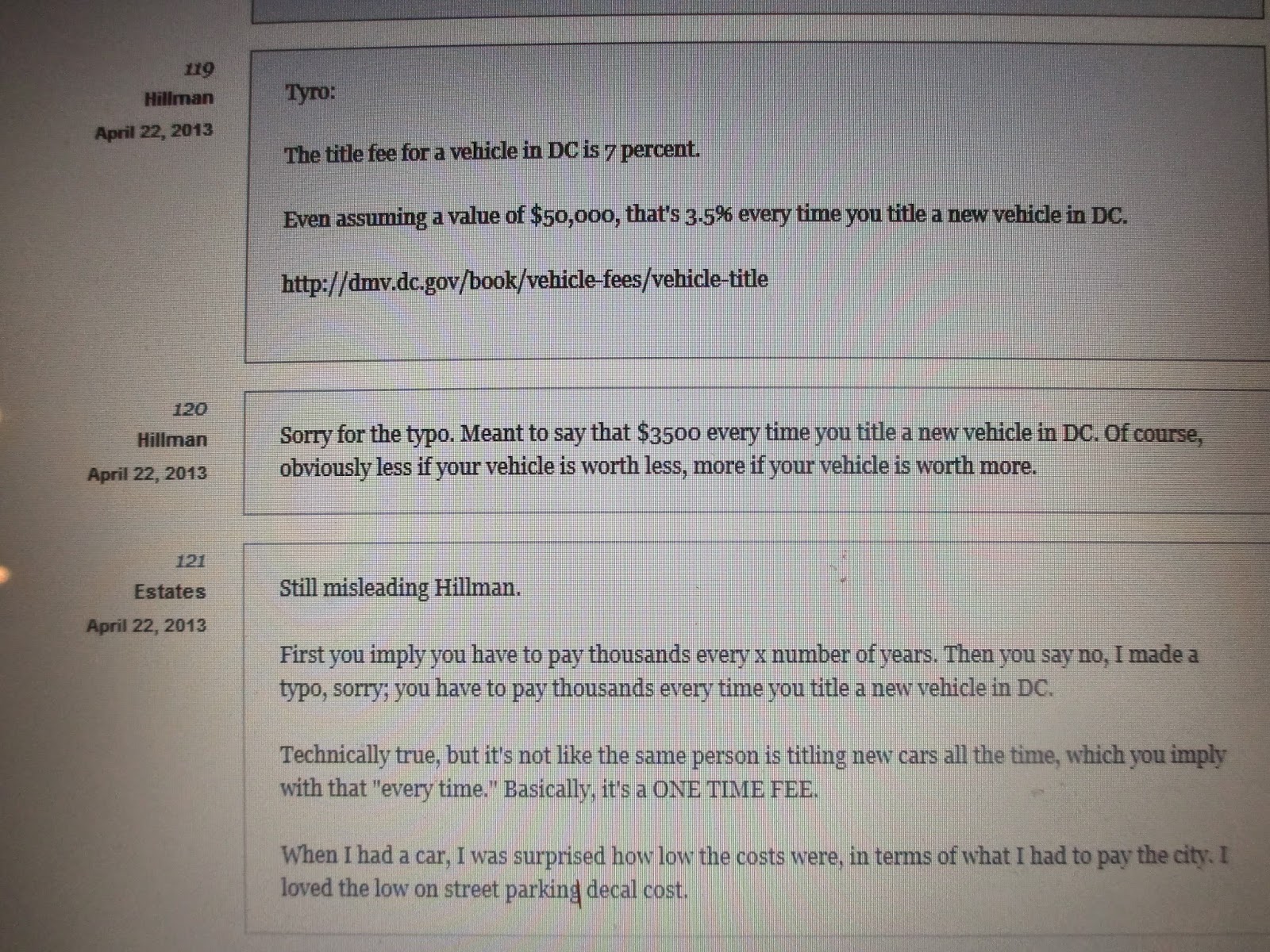 The City Paper is practicing censorship, as I submitted this comment days ago to no avail.

I can only conclude that The City Paper knows that it misrepresents the history- doing so for the sake of medievalists- who in centuries of running Europe opposed free speech.