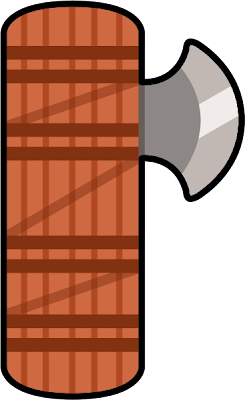 The DC Council's Committee of the Whole approved the Brookland Small Area Plan this morning. Technically, they just placed a resolution on the calendar to approve the plan, with some comments; the full Council will vote on the plan later today. However, after this vote, final passage is overwhelmingly likely. Update: The plan passed unanimously.

What was the vote? Was it unanimous or was their some diversity of opinion, debate??

Unanimous on a voice vote.

That is utterly consistent with my experience when I was promoting the Alexandria Orb and the preservation of the proposed Washington Street Urban Deck.

It was proposed to cover 1,100 feet of the Beltway but which was cut back by some 80% to trade away the funds for things as prettier sidewalks along and around the Prince Street area, voted unanimously by the Alexandria City Council in Dec 2000 and by USNCPC in March 2001.

Posted by Douglas Andrew Willinger at 6:02 PM No comments:

4 decades ago doctrinaire anti freeway activists cried out for canceling all of the un-built highways to 'give rail transit a chance', resulting in some of the worst transportation problems within the U.S.

Our government, including the so-called Defense Department, must be led by traitors...

Streetcars Are Stupid, And So Are Our Leaders This morning I slogged along to work on the Metro as usual. For some reason, it takes me half an hour to make a trip that takes five minutes in a car, but the upside of this inconvenient delay is that I get to read the Express.

For those unfamiliar with this publication, it’s basically a cliff notes version of the day’s big news events. On page 9 of today’s issue, a headline jumped out at me – “Metro Scours for Revenue”.

This article dutifully informed me that my ride was probably going to become more miserable since Metro is considering “cutting costs and changing services” – read: “cutting services” – to close a $28.8 Million budget gap.

The surprising thing about this announcement is that I read about a DC Department of Transportation plan to announce the revival of streetcars in the district to the tune of $25 Million the previous day.

I’ve talked about this streetcar project before and, spoiler alert: I’m not a fan.

The line is supposed to run a little over 2 miles from Anacostia Metro to Boling AFB. This is idiotic for several reasons including the cost, the limited service and the lack of need.

The idea that Streetcars are going to lead to an urban renaissance is a fairy tale. Let’s be honest about streetcars, they’re something in between a half-assed Metro, and a glorified bus. They’re not as good as Metro because they’re above ground, running on the street, so they don’t protect riders from the elements (just like buses), and they have to travel at the prevailing speed of traffic (and are consequently subject to traffic delays). They’re admittedly prettier than busses, but they don’t have the ability to change routes. If we find out that the line we’ve laid out isn’t necessary, well, oops! Looks like we laid tracks in the street and we’re screwed. At least a bus can be easily rerouted to an area where it’s needed and it doesn’t require any new infrastructure.

But let’s not get too far off track here, why are we spending $25 million on something completely unnecessary when the Metro, which services Anacostia and the surrounding neighborhoods, needs $29 Million? We could give that streetcar money to Metro and alleviate a huge part of the budget shortfall problem.

For Metro’s FY09 Budget, DC gave $295.2 Million, or roughly 16% of the total budget. There is good reason for this, Metro maintains the second largest rail system and the fifth largest bus system in the nation and a huge proportion of its riders are federal government employees.

Why isn’t DC giving this streetcar money to Metro to do something useful with it (the merits of how useful Metro’s actions would be are concededly up for debate) instead of frittering it away on something that looks nice but provides very little real value? And why the hell isn’t the Metro Board of Directors screaming bloody murder about this proposed boondoggle?

Maybe I should be realistic about this, when half of your board of directors rarely even use the system it really isn’t any wonder that they’re out of touch.

A big thanks to the hard-hitting journalism at the Express for not highlighting this stupidity. Perhaps they were just too busy trying to come up with a witty quip for their next headline to bother focusing on something like real journalism.

Thanks also to the average brain-dead DC resident [or hold one's finger up to the wind careerist suck up] who fails to say anything to prevent this buffoonery. Maybe I’m asking too much though. For someone to notice this they’d have to have an attention span longer than 30 seconds and an interest in something other than American Idol so they would 1) read both stories and 2) actually be able to remember the contents of the stories and connect the dots. While we’re at it, thanks public school system for ingraining a sense of intellectual curiosity and civic responsibility in our nation’s future leaders. Bang up job!

We should paint the Metro like a bunch of clown cars and start to play circus music over the intercom in all the stations. We should apply this same technique to the DC DoT offices downtown. What’s the next step in our bright transportation future you clowns, rickshaws or pony rides?

Posted in Uncategorized Rage | No Comments »