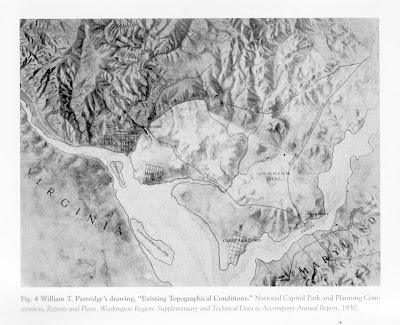 Note the physical location of its mother campus at the foot of Glover Archibold Park (where the 3 Sisters Bridge would have roughly landed), and also their law school next to the Center Leg.

Also note Catholic University of America's proximity to the B&O North Central corridor; their official position was neutral (with no information on a position of building it as a tunnel), with my observations being that the Jesuit's are very anti (and it's the Jesuit Order that directs Georgetown), see

- 1st with the 1964 deviation through Takoma Park for a longer route increasing the house displacement in that area from about 30 to 471,

- then in 1966 with the comparatively minor routing through a piece of Fort Totten Park,

- and then the 1971 plan's displacement of the Cady Lee mansion.

All of these botches introduced a new objection that was absent in the preceeding plans, and all with the political effect of in flaming opposition to an freeway anywhere near that corridor.

The alliance of Georgetown and Covington and Burling pops up frequently throughout the history.

--- In transport-policy@ yahoogroups. com, Douglas Willinger wrote:
>
> Any word on the entities involved, including the law firms?

I presume that they will use Georgetown University's pro-bono
( http://www.law. georgetown. edu/clinics/ ipr/ ) legal help again.

You can read more about what they did at the link below (scroll down several screens): http://www.law. georgetown. edu/clinics/ ipr/environmenta l.html

In the past, Sidley and Austin ( http://www.sidley. com/ ) has also provided pro-bono advice to groups opposed to the ICC. I don't know if they have been involved the actual litigation, however. 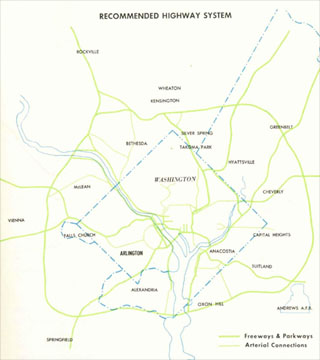 Posted by Douglas Andrew Willinger at 2:54 PM No comments: