Pay More For Really Nothing More

Charging us for the highways we need to accommodate greater human sociality with existing developed areas, enviro-elitism shall simply steal away the highway funds for even less mass transit as a result of the standardized zero sum distraction from bureaucratic bloat

Metro Washington D.C. Council of Government considering host of new road tolls but few new lanes, with none within D.C., completely ignoring feasibility of completing its urban highway network, even though its estimated upwards of $2.7 billion annually could pay for the new design full system within 10-12 years.

The proposed solutions, which are to be discussed Wednesday by a regional transportation board, are similar to New York City's plan to charge fees for vehicles entering congested parts of Manhattan. Such tolls already exist in Stockholm and London.

In a report completed last month, planners with the Metropolitan Washington Council of Governments analyzed possible congestion pricing plans. The one deemed most favorable involves putting variable tolls on freeways and parkways throughout the region, as well as all river crossings in the District of Columbia and some other roads.

Arlington County Board member Chris Zimmerman, who chairs a council of governments task force on congestion pricing, said tolls are the wave of the future.

"It's inevitable that our society is eventually going to have to price our roadways," Zimmerman said in an interview Monday. "There's no free lunch and there's no free ride."

However, he said the report makes clear there are limitations in the potential of tolls to pay for new lanes.

The study looked at several options for adding new capacity and converting existing lanes to tolled lanes, which would continue to be free for buses and vehicles with at least three people.

Only one of those scenarios would pay for itself, however. It would not add any new lanes within D.C., and would charge tolls for all D.C. bridges and freeways and apply congestion pricing to the region's parkways, including the Baltimore-Washington Parkway and the George Washington Memorial Parkway. New lanes with congestion pricing would be added outside the Capital Beltway.

Nonetheless, even limiting new highway capacity is opposed by the 'environmentalist' elite that always seem to float to the top in our rotted out apostate government.

Michael Replogle, transportation director of Environmental Defense, criticized the report for focusing on options that would add new road capacity "that will generate more traffic and greenhouse gas pollution."

He said a better option would be to use congestion pricing on all existing regional roads.

Clearly this is a sop to the elites who prefer to continue the petroleum era and delay the development of alternative automotive propulsion. 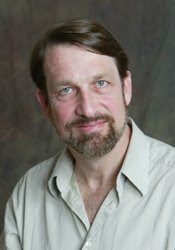 Posted by Douglas Andrew Willinger at 1:04 AM No comments: