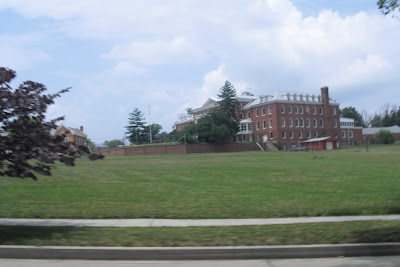 SJE wrote " but can only go so far: there is no more room for additional roads. "

Actually the routes exist, e.g. I-66 K Street Tunnel (beneath the existing right of way), and I-95 (PEPCO right of way is 250 feet wide+ B&O corridor connected by 3200 feet of the New Hampshire Avenue corridor northern (southbound) side; but the political dynamics of going through Masonic Eastern Star at 6000 New Hampshire Ave, as well as that B&O corridor going right by CUA (which even opposes covering the RR), so in such a Masonic-Vatican dictated city, people will come up with all sorts of excuses for doing nothing.

As another example of this hidden hand on planning, does the new ICC segment turn north through Winters Run, away from the Kights of Columbus- a factoid I recall NOT seeing mentioned in the ICC related writing I have seen)


@Charlie "All of this makes a lot of sense. I hope the Mayor's people realize the damage that evening and weekend parking meters are doing to the retail sector."

The point of making parking meters operational on weekends and evenings is to create turnover -- ins and outs. That is good for retail and restaurants.

Now we can discuss what the time limits are... the city has been a little tone deaf on how long a retail/restaurant establishment needs a customer in place to generate their turnover from an economic perspective.


Charlie, the problem is what the report leaves out, not the milquetoast suggestions it leaves in. This stuff is all 1980s ghost-of-Geddes stuff.


Here's one way to help visualize the road scenario. We have 32 parkways and highways (state, US and interstate) leading directly into DC. (Some are counted twice because they run through DC.) They are the following (going clockwise along the DC border):

A number of highways listed act as streets or run for relatively short distances (a few miles or less). But the point is that we have many roads running toward DC -- a relatively confined area that is, on the whole, not car oriented. For comparison, we have 5 metro lines (hopefully to be 7 by the end of the decade), with 9 entries into DC.


USNCPC got away with that sort of oversimplification in 1968 by confusing super arterials as arterials.

But such could be expected where so many failed to get much past the political sloganeering, to thereby let WMATA be built wihout extra capacity generally then a single track per direction.


@Douglass Willinger:
The headquarters for the Order of the Eastern Star is 1618 New Hampshire Avenue, not 6000 NH Ave.

On your argument that the Masons have impeded highway construction in DC, let me just say that the Masons are property rich and membership-dues poor; they are accordingly very businesslike with how they managing their property. Like any property owner, if they received a good offer, one that made an allowance for the expense of establishing a new headquarters, I am sure they would consider it.

And I am sure the Masons appreciate your plug -- keep it up!


Where did I say that Masonic Eastern Star at 6000 NHA NE is the 'headquarters'?

Yes the headquarters are at that Perry Belmont Mansion near DuPont Circle, where the Committee of 100 has had Christmas Parties.

The property at 6000 is a 'home' not headquarters.

Considering the years of shananigans (before even getting around to proposing the LOGICAL PEPCO route, rather then that detour to Prince Georges County Plaza shopping center to cut the capstone line on the map as proposed from about 1959 through 1972), one must ask- what is buried beneath that open field at 6000 NHA NE?

Something was behind the City Council of Alexandria's lying through its teeth about the Washington Street Urban Deck atop the Beltway, with the drones all unanimously 'voting' to take away most of the deck next to Freedmans' Cemetery WITHOUT any debate- something involved with planning and I dare say having the highest structure in that city, complete with a logo featuring architectural tools.

Oboe's right. Besides, GGW already proved that the Masons didn't fight freeways, they supported them:


I just love it whenever something is blamed on the Masons. Throw in the Vatican and the illuminati, which as we all know might as well be the Committee of 100 and you have a conspiratrialsts' (is that a word?) dream.

And here we have The Washington Post's freudian slip:

[to say nothing about the continuing lying about the feasibility of Washington, D.C.'s 'de-mapped' freeways]:

What is buried under that field at 6000 New Hampshire Ave NE?


Within are pictures of that field:

An ideal place for a cut and cover I-95 extension!

Freemasonry Let America Down
http://continuingcounterreformation.blogspot.com/2010/11/freemasonry-lets-america-down.html
Posted by Douglas Andrew Willinger at 2:48 AM No comments:

Inter County Connector to be Open

Though a bit outside the Beltway, the greater Washington, D.C. area in Maryland's first new freeway segment in years- a rare true progressive victory- though with a familiar twist! 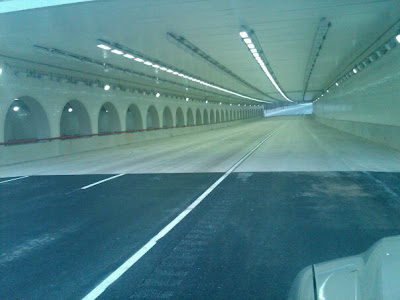 This reletively short tunnel (see ICC views at this official traffic cam site) is in Derwood, Maryland, where the ICC was re-routed - deviating from the longstanding Master Plan Alignment - on a longer route, away from the Knights of Columbus 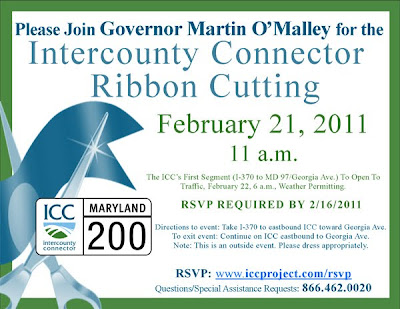 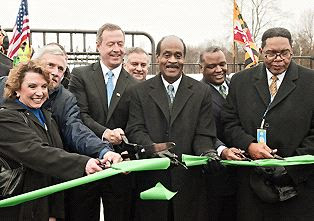 Posted by Douglas Andrew Willinger at 5:14 PM No comments:

Co-ordinated ? with the Washington Channel Tunnel? 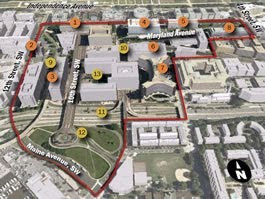 from Rebuilding Place in the Urban Place

The National Capital Planning Commission, in coordination with other federal agencies and the District of Columbia, invites you to attend a public meeting on the Southwest Ecodistrict Initiative -- focused on the 10th Street (L'Enfant Promenade) and Maryland Avenue corridors in Southwest Washington. This joint effort aims to advance the vision set forth in the Monumental Core Framework Plan by fostering an inviting, lively, mixed-use community, while accommodating the future needs of the federal and local governments. The initiative also supports President Obama’s Executive Order 13514 that calls on federal agencies to be leaders in environmental, energy, and economic performance.

Join the Conversation. Help shape this important area into a physical showcase of sustainable practices.

Come Prepared to Share Your Input. Project hand-outs will be available on NCPC’s Southwest Ecodistrict website on February 10, 2011.

Posted by Douglas Andrew Willinger at 11:58 PM No comments: