Constitutional Power Can Free Us 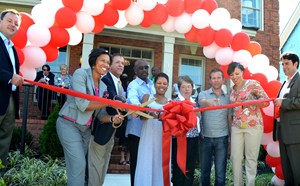 The Hampshires, a new community of 111 single family homes and town homes being developed by Comstock in the Lamond-Riggs neighborhood of Northeast Washington, DC. City Councilperson Muriel Bowser led the ribbon cutting ceremony; "I am delighted to welcome the Hampshire's to Ward 4, this new construction will offer much needed high quality and diverse housing. I am proud to have worked with local leaders and residents to help make this development a reality, for which residents have long clamored. I look forward to welcoming new residents to Ward 4." jj

Main article: Eminent domain
The Supreme Court has held that the federal government and each state has the power of eminent domain—the power to take private property for "public use". The Takings Clause, the last clause of the Fifth Amendment, limits the power of eminent domain by requiring that "just compensation" be paid if private property is taken for public use. The just compensation provision of the Fifth Amendment did not originally apply directly to the states, but since Chicago, B. & Q. Railroad Co. v. Chicago (1897), federal courts have held that the Fourteenth Amendment extended the effects of that provision to the states. The federal courts, however, have shown much deference to the determinations of Congress, and even more so to the determinations of the state legislatures, of what constitutes "public use". The property need not actually be used by the public; rather, it must be used or disposed of in such a manner as to benefit the public welfare or public interest. One exception that restrains the federal government is that the property must be used in exercise of a government's enumerated powers.

The federal courts have not restrained state and local governments from seizing privately owned land for private commercial development on behalf of private developers. This was upheld on June 23, 2005, when the Supreme Court issued its opinion in Kelo v. City of New London. This 5–4 decision remains controversial.

The majority opinion, by Justice Stevens, found that it was appropriate to defer to the city's decision that the development plan had a public purpose, saying that "the city has carefully formulated a development plan that it believes will provide appreciable benefits to the community, including, but not limited to, new jobs and increased tax revenue." Justice Kennedy's concurring opinion observed that in this particular case the development plan was not "of primary benefit to . . . the developer" and that if that was the case the plan might have been impermissible.

In the dissent, Justice Sandra Day O'Connor argued that this decision would allow the rich to benefit at the expense of the poor, asserting that "Any property may now be taken for the benefit of another private party, but the fallout from this decision will not be random. The beneficiaries are likely to be those citizens with disproportionate influence and power in the political process, including large corporations and development firms." She argued that the decision eliminates "any distinction between private and public use of property—and thereby effectively delete[s] the words 'for public use' from the Takings Clause of the Fifth Amendment".

A number of states, in response to Kelo, have passed laws and/or state constitutional amendments which make it more difficult for state governments to seize private land. Takings that are not "for public use" are not directly covered by the doctrine,[62] however such a taking might violate due process rights under the Fourteenth amendment, or other applicable law.

Posted by Douglas Andrew Willinger at 6:00 AM No comments:

Impedes the right of way along the western side of the B&O Metropolitan Branch Red Line Corridor, blocking the south-bound lanes of D.C. I-95 via the Grand Arc design 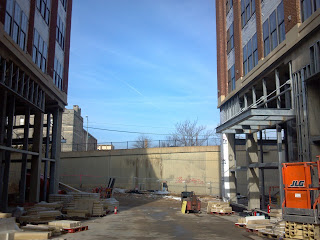 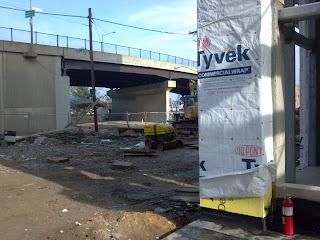 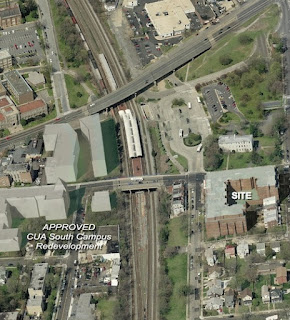 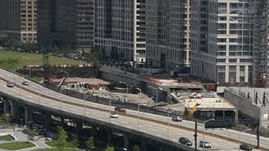 Posted by Douglas Andrew Willinger at 12:31 AM No comments: