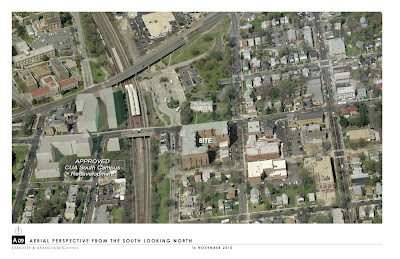 B&O Corridor- Now & Future?
See the two buildings jammed closest at left to the RR; and the alongside open space.

We learned yesterday that the open green land at 9th & Kearny is up for sale.

Bankers Realty also informed us that the 4 purchased Lots now on sale (Lots 0042-45) were not purchased by Inle Development & that DC's ownership records (showing DC as the owner) would be fixed after a sale.

Currently, the owner for all of these lots is shown as "Brookland Artspace Lofts, LLC" & they are zoned "C-M-1."C-M-1 allows only 3 stores totaling 40 feet in height.

Apparently, Brookland Artspace Lofts bought both land on both sides of the tracks.

The Office of Zoning map was revised yesterday morning and does not reflect who the purchaser of the 4 Lots from DC is. We are attempting to determine if DC in fact sold these 4 Lots &, if so, thru what land disposition process, when & to whom. We are gravely concerned that these sales (and the implications therein) are a direct result of the Col. Brooks 7-story C-2-B application.Â Worse, we recognize the inevitable quality of life annihilation for the most directly affected 5A07 property owners who will have to contend with a 7-story apt. building 10 to 200 feet from their property and likely much, much more. Real Property Assessment Database: 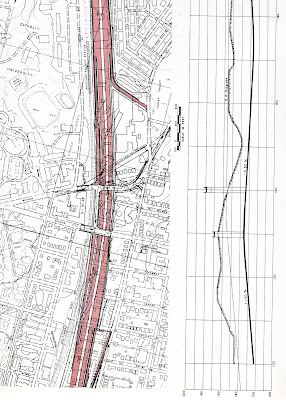 1971
The 1966, 1971 (and of course the 1964 and 1960) plans placed B&O I-95 entirely on the railroad's eastern side, rather then the industrial corridor to the west along the east side of 8th Street which the Artspace Building being the first example here of this wasteful phenomenon of Transportation Corridor Demolition Specials. 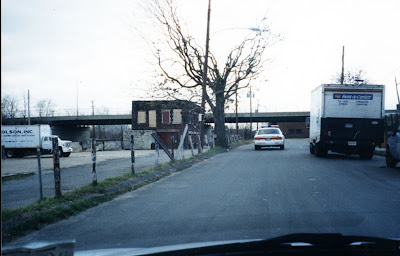 This owed to a basic failure to consider placing some of this freeway on the railroad's western side via the cut and cover tunnel beneath today's "John McCormack Drive". Such a tunnel would be mandatory for containing traffic noise, owing to the proximity of Catholic University of America- in the fashion of the future West Side Highway Tunnel beneath Riverside Drive in Manhattan, N.Y. , and Boston's Central Artery Project. 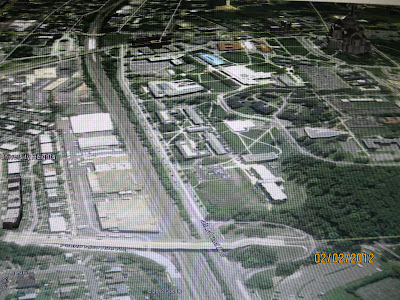 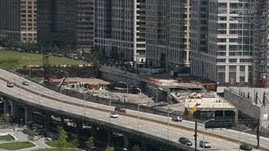 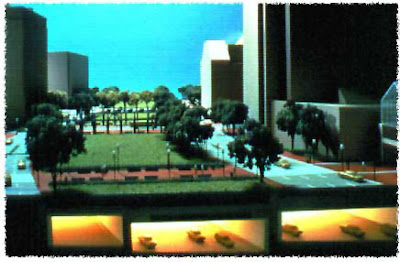 Boston I-93 Central Artery Tunnel
The 1960 I-95 Northeastern Freeway study* [*prior to the adaptation of the B&O "Y" route with I-70S, I-95 was to be the "Northeastern Freeway" with a separate "North Central Freeway" roughly along Georgia Avenue] considered and rejected a non-tunneled route along the railroad's west side as essentially too intrusive to CUA. 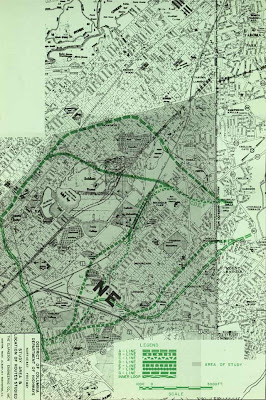 1960
The infamous 1964 report that deviated from JFK's 1962-63 planning, considered and rejected B&O route variants featuring an I-95 elevated directly atop the railroad for the same reasons.

1964
The 1966 'supplementary' report proposed a deck from Taylor Street to Irving Street atop, with new development extending to 10th Street NE in Brookland.

1966
Note, that the 1966 plans show the presence of a CUA building that has since been demolished, freeing up the "John McCarrick Drive- 8th Street NE" southbound I-95 Tunnel. 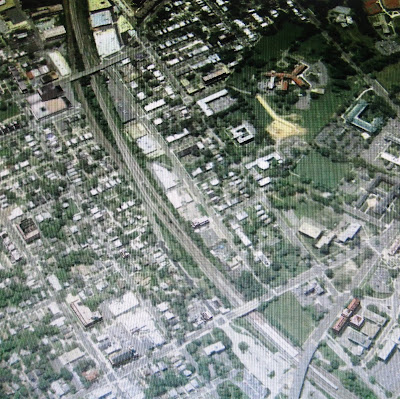 Federal Legislation is imperative to save this corridor from impending ill-placed development.