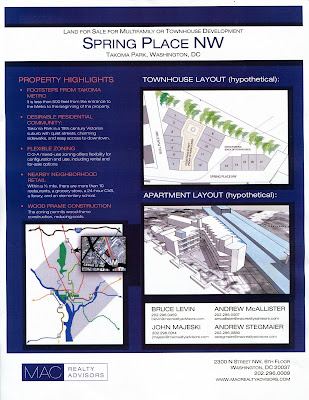 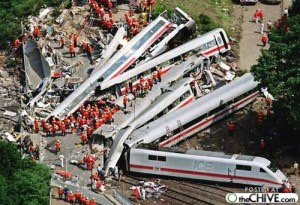 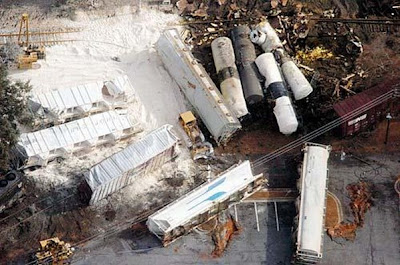 Such de-railments along this corridor in 1976 and 1996 avoided mass loss of life because the dwellings were set back from the railroad, either via Blair Avenue, or a parking lot.

And to consider that these death trap developments, starting with Elevation 314 and Cedar crossing occurred after 911 with the lip service given towards transportation evacuation routes.

That would logically include this corridor -- the sole main north-south transportation corridor for what is said to be the Nation's Capital -- for the un-built and deceitfully de-maped North Central Freeway proposed by U.S. President John F. Kennedy, November 1, 1962, only to be botched by its initial engineering study - deviating from JFK's prescription for the freeway to tightly follow this existing railway - initiated at about the time of his assassination some 8 days after he personally inaugurated this freeway's Baltimore-Deleware segment. 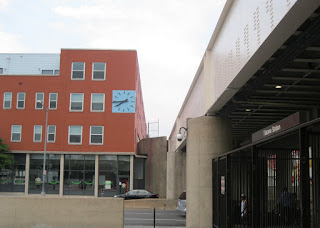