Parochialist Threat To Truncate I-395 at Massachusetts Avenue 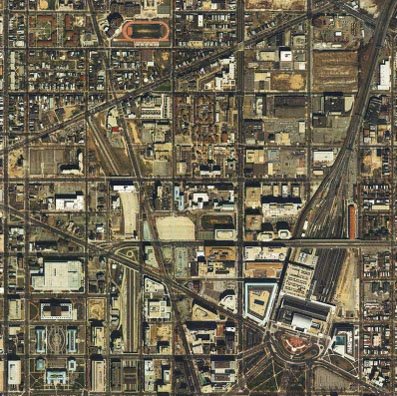 The D.C. street network exists to serve District residents and neighborhoods, first, and those who work in the District, second. Give much less priority to accommodating regional (interstate) traffic. (Decker, Morrison, Peloquin, Slade, Stull)

That latter part has lead to the current disastrous results.

Better accomplished with a parallel tunnel-highway then pushing the traffic onto New Jersey Avenue.

This gets regurgitated again and again with no thought to the reality that automobiles accommodate people rather then drive themselves with artificial intelligence.

Removal of the current regional through-traffic volume on the corridor would create opportunities for mixed-use development in this District. (Decker, Morrison, Peloquin, Slade, Stull)

And without a new parallel tunnel-highway create more traffic congestion in complete disregard to post 911 concerns about evacuation routes.

To discourage use of New York Avenue/I-395 for regional through traffic:
(Decker, Slade)

IOW- make the many spend more time and fuel on stop and start surface streets or the longer route of around the city. Will their study even list this?

That could be reasonable to pay for the new highways

Attempt to push the burden away while greatly increasing traffic on New Jersey Avenue between Massachusetts and New York Avenue, and conflict with the elderly pedestrian inhabitants of the misplaced Bibleway Golden Rule apartment complex and their nearest grocery store.

Me thinks that the people behind this need to be fired, starting with these overpriced/overrated consultants.

You make a very strong case against closing the tunnel.

Now, in fairness, can you see any strong points in your opposition's position?

1- some sort of closure of that tunnel segment will be needed temporarily in order to demolish the transition roadway between K Street and New York Avenue to construct the connection to the new northern-easterly tunnel cotinuation past New York Avenue.

2- the tunnel closure will create a nasty traffic bottleneck practically in front of Georgetown University Law Center (Law School) which has long worked against the regions' various highways.