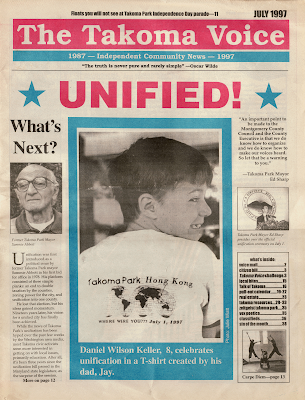 Published in the July 1997 Takoma Voice

Beyond a possible Federal highway conspiracy with the telephone company to subliminally promote an interstate highway through Takoma Park via the telephone interchange “270 [See: True Fiction,Takoma Voice, April 1997”, what about that being suggested by the Swedish auto-maker Volvo with its new sedan, the “S70”- a likely play upon “70S”, the former name of what we would call the I-270 extension inside the Beltway, known as the “North Central Freeway” that was to run through Takoma Park, along a number of alignments proposed during the 1960s, including Sligo Creek [1963] and along Philadelphia Avenue [1964- right through the site of Takoma Towers], rejected for their destructiveness to houses and park lands.

Subliminally reminding us that this is the ultimate “inside the beltway” car for this inside the beltway highway, whether S70, 70S, 270, or perhaps 270 S, connecting ultimately with the 3rd Street Tunnel downtown, the Volvo S 70 could make for one fast ride downtown. You know it is an omen if you see any of these Volvo sedans at the Takoma Metro parking lot, or in desolate used – car storage lots on the other sides of the tracks – the logical site for this as of yet un-built expressway, employing existing rail-side industrial properties – rather than clear-cutting through neighborhoods. They bespeak of a day when Volvo sedans, filled with shoppers and car-poolers – and heavy traffic in general – traveling into and out of the District have an alternative to driving upon largely residential surface streets.

Furthermore, the advertising slogan for the S 70 suggests a future for an I-270 extension inside the Beltway, ultimately connecting with an upgraded 3rd Street Tunnel: "S70 Unlike any Volvo before it!"

That is, a future for such an I-270 extension UNLIKE those plans of the 1950s and 60s that raised so much ire, such as plans for expressways through Rock Creek Park, then along Wisconsin Avenue and Potomac Palisades, before being kicked over through Takoma Park by 1964 (needlessly cutting a new swath through long-established neighborhoods of Victorian homes and relatively old growth trees along Philadelphia Avenue, rather than hugging the existing B&O rail corridor.

By 1967, the plans for the “North Central Freeway” were reshaped with the proposed highway hugging each side of the rail corridor (with Metro). In response to citizen sentiment, a 1971 highway design consultant report [Deleuw, Cather and Harry Weese Associates, released that November] proposed placing this stretch of I-70S beneath decking between Aspen Street and Piney Branch Road. Foolishly, this plan placed both directions of I-70S along the rail corridor’s east side, thus committing the atrocity of removing the landmark Big Brown on the corner of Eastern and Piney Branch (roughly 85 feet from the tracks) [otherwise known as the Cady-Lee Mansion, at 7064 Eastern Avenue, built around 1884 and designed by the same architect who designed the official residence of the Vice President), along with the Victorian houses northwards along the Takoma Avenue facing the tracks. (All the while preserving the then mainly empty properties northwards along the railroad’s west side for building new apartments as well s “townhouses” along 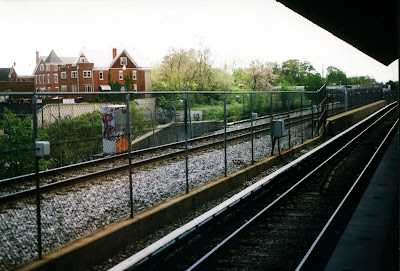 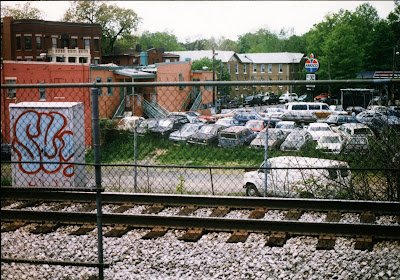 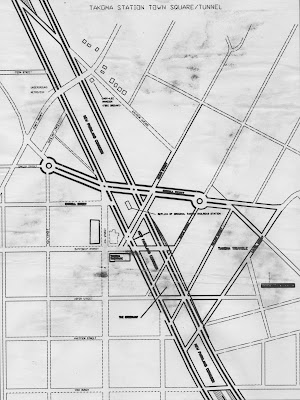 Build a Washington, D.C. Big Dig
Posted by Douglas Andrew Willinger at 1:41 AM