- it built the irresponsibly located row of 'Capitol Square'  townhouses within 17 feet of the the SW Freeway retaining wall, thus complicating any future project to widen and cover the freeway

- it built its 'Capitol Quarter' townhouses along Virginia Avenue, establishing a new neighborhood to oppose the CSX Tunnel reconstruction, while censoring information about that project from prospective buyers to keep them in the dark

continues to get over upon the general public. 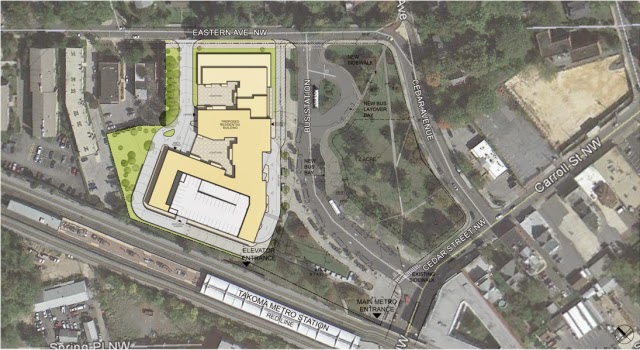 On March 27, 2015 EYA gets its way in Takoma, with WMATA's irresponsible unanimous vote to sell out the Takoma WMATA station property for an unnecessary residential safety hazard/I-270 Tunnel right of way conflict.

Yesterday, the WMATA Board of Directors voted unanimously to allow plans for our new multi-family residential community on at the Takoma Metro station to move forward.
We’re pleased with the results and look forward to working together as the plans move to the next phase of the approvals process. We will continue to provide updates and share new information as we moved ahead.
Stay tuned for more images of our revised concept plan and information about the next steps in the approval process.
Have questions or comments? Email our team at info@takomaconnected.com

The problem is the portion of the building closest to the railroad. 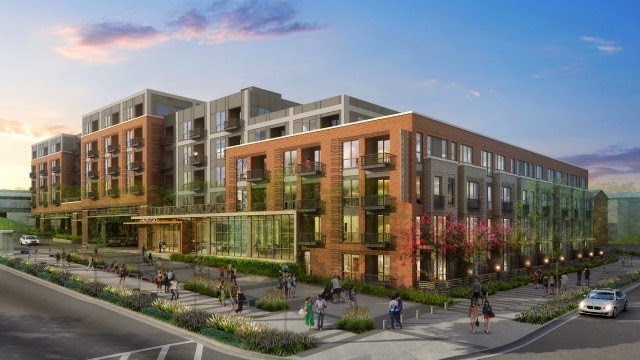 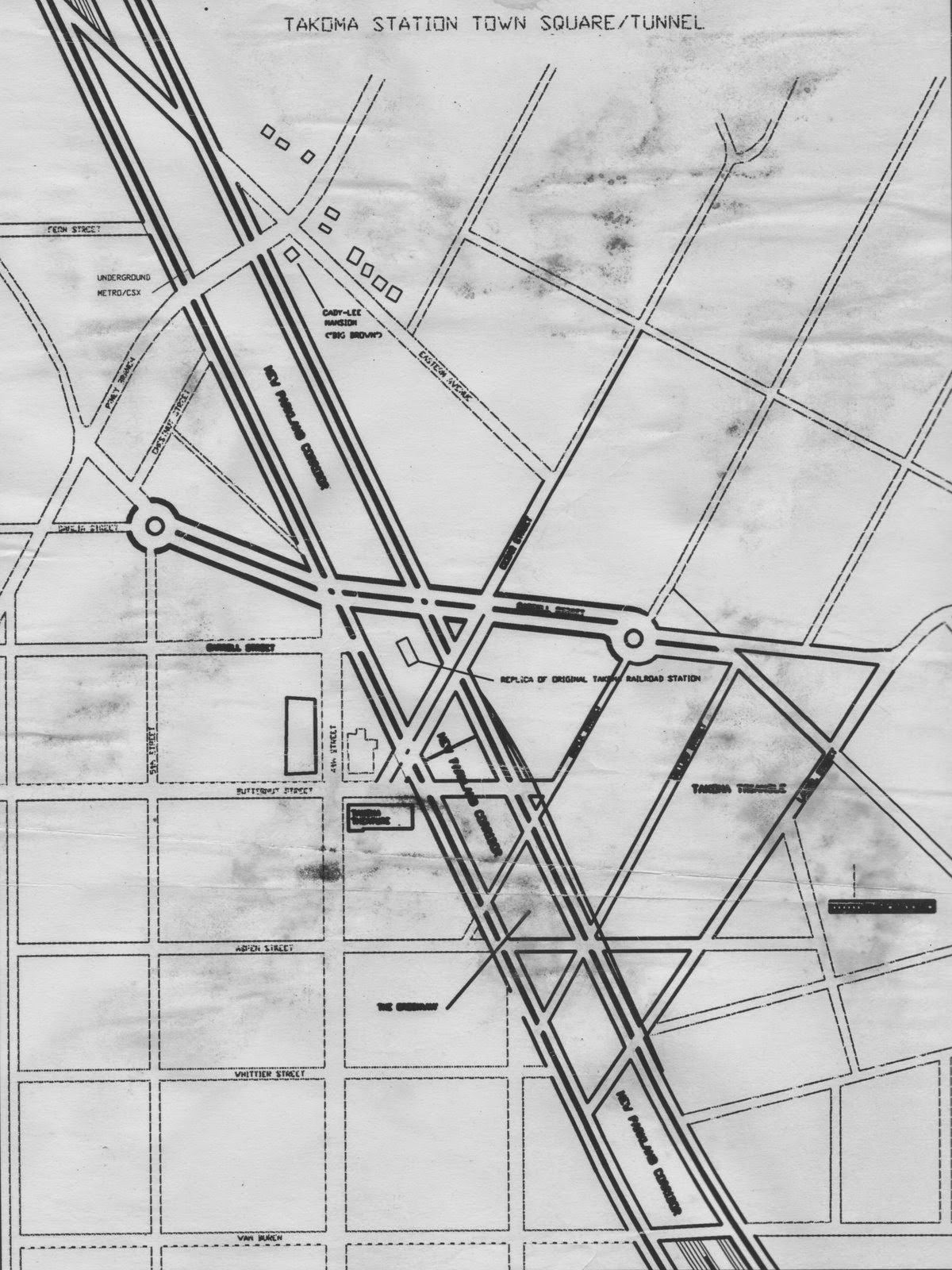 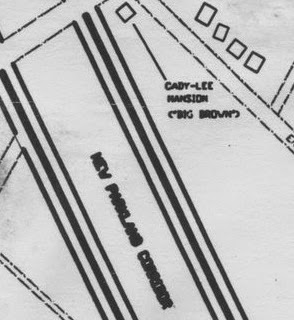 
"Takoma Connected" is an EYA site.

EYA project irresponsibly places residential dwellings within the footprint and at a lower elevation of a potential heavy freight rail car derailment, similarly as done a few hundred feet to the south with the Elevation 314 deathtrap, and as built and proposed on the other side of the Metropolitan Branch-CSX/WMATA railroad.

By building so closely to existing elevated railroad, this sort of "smart growth' works to lock in such a wall by introducing potential newcomer neighborhood opposition to project to bury railroad and underground highway.

Such "smart growth" creates such problems out of a serious case of short-sightedness, if not a conscious malicious intent.

Haphazard anti multi model planning that further underscores the need to abolish WMATA for its deliberate undermining of transportation competitiveness.

Notably the Takoma Connected site contains a blog-roll that includes such sites as Greater, Greater Washington, Rebuilding Places In the Urban Space, and Just Up The Pike- all of which make the cut as sufficiently un critical of real estate development projects.

The creator of Rebuilding Places In The Urban Space, Richard Layman, to his credit, has acknowledged the need for underground road connections, particularly in the Takoma Station area.

However, quite sadly, he has been utterly incapable of even questioning or challenging a single real estate development project that is badly placed to conflict with ever constructing an underground bypass.

This Takoma EYA Demolition Special was reported at this blog earlier here.