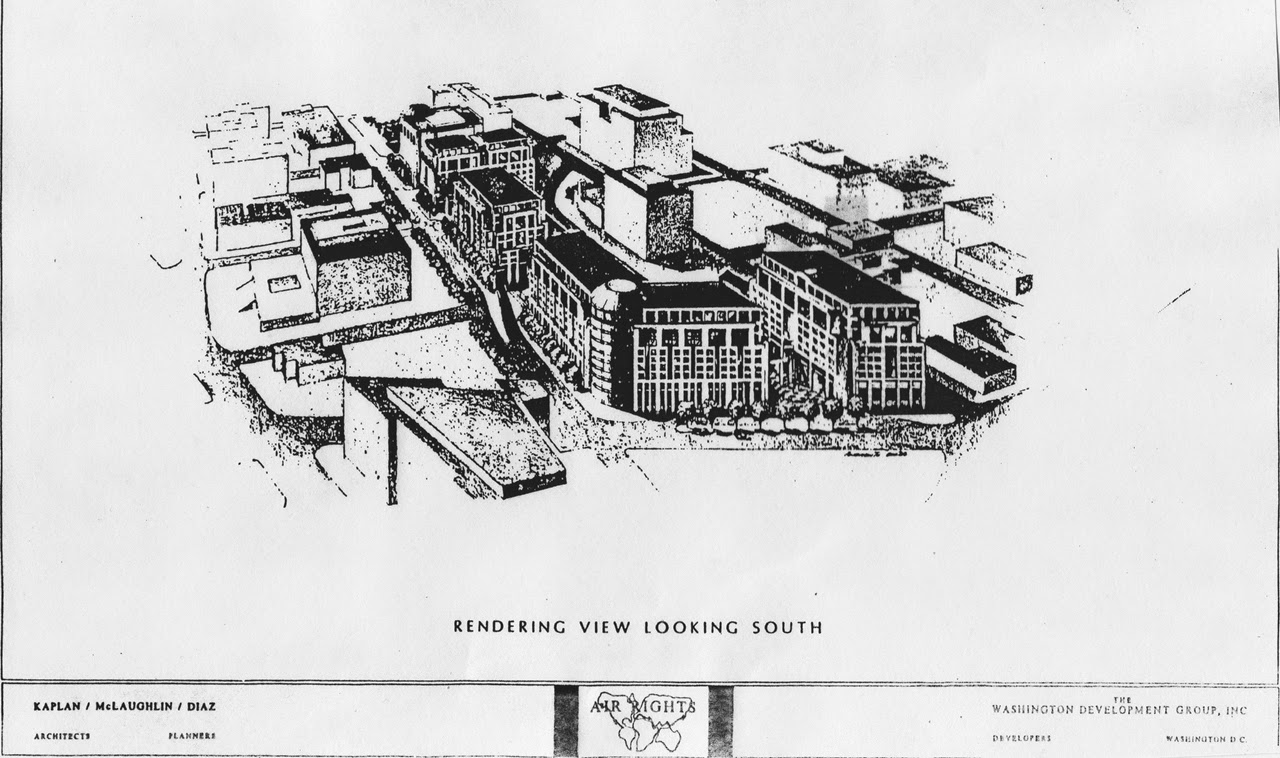 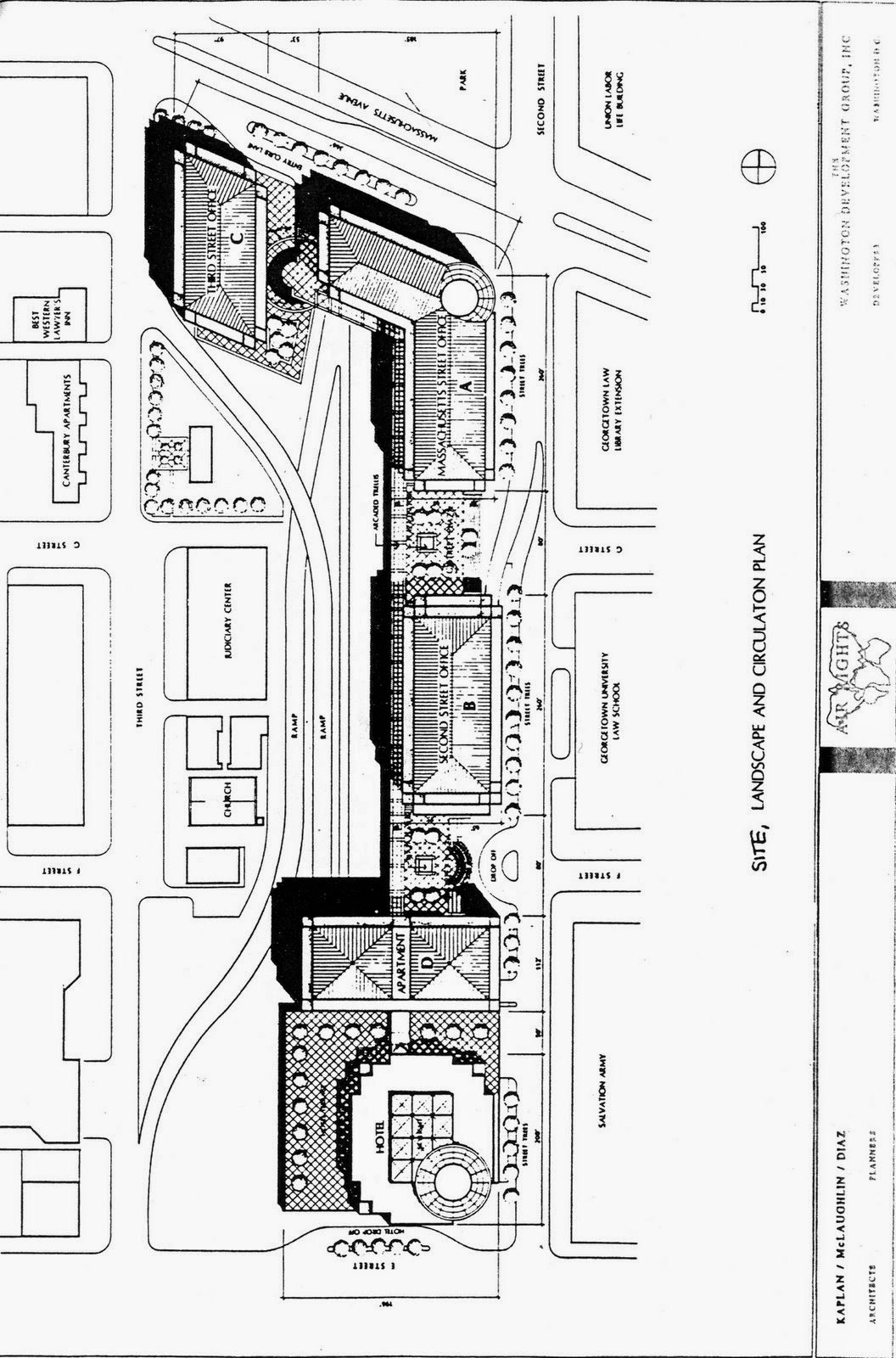 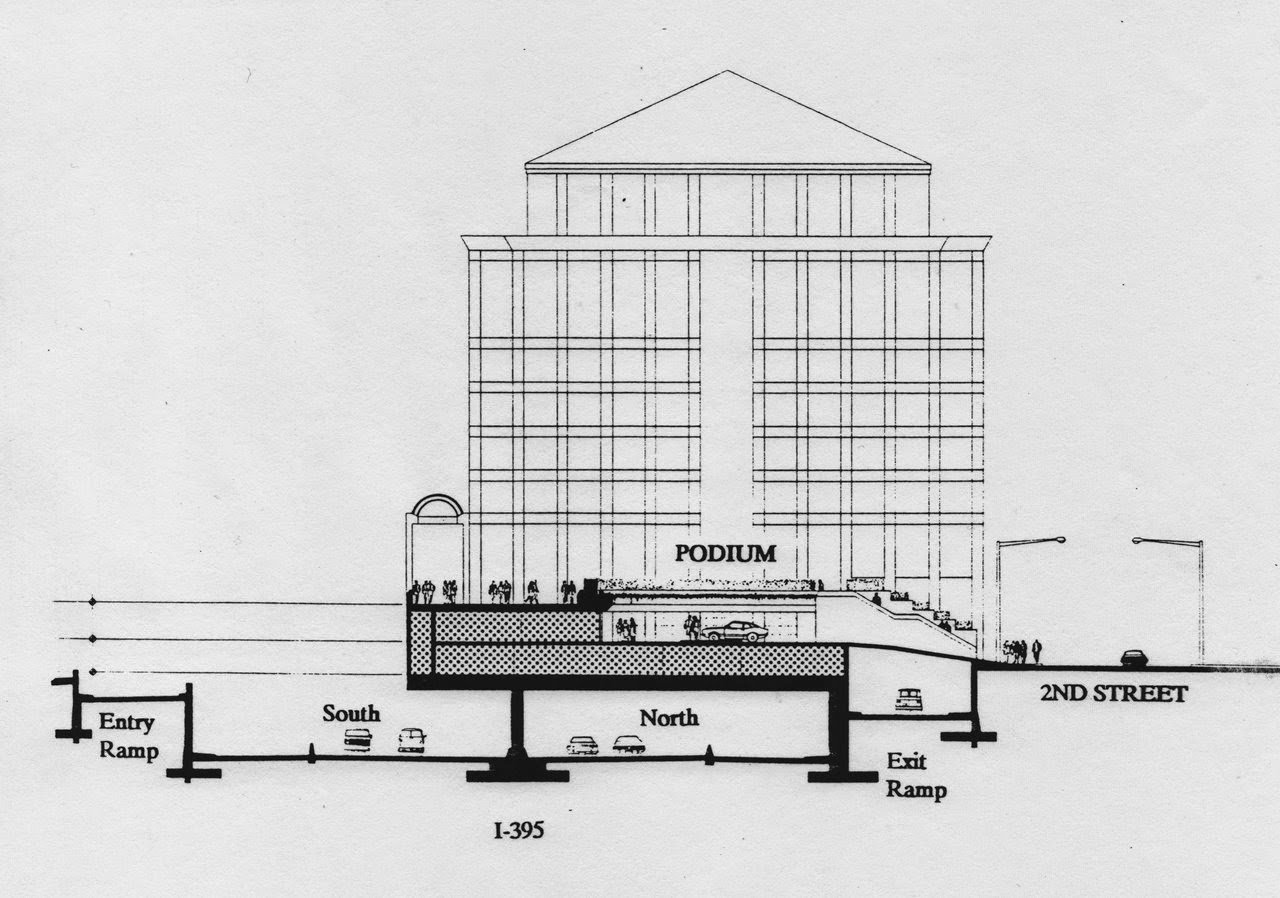 
In 1988, Barry awarded developer Conrad Monts exclusive air rights over I-395 between D Street and Massachusetts Avenue. Monts planned to build a $35 million office, hotel, and residential complex on a deck above I-395, across the street from Georgetown University Law School. However, when the real estate market collapsed in the early 1990's, Monts removed the residential units from his plan.

Relationships between Monts and the City Council soured through the remainder of the decade, and in 2000 the District sued Monts for back rent on the I-395 air rights amid a dispute over unrelated work on the Wilson Building, which houses the mayor and City Council. The dispute ended in 2001 with the District paying Monts $15.7 million to walk away from the I-395 air rights project; a DC Superior Court grand jury three years later awarded an additional $8.4 million in damages to Monts. 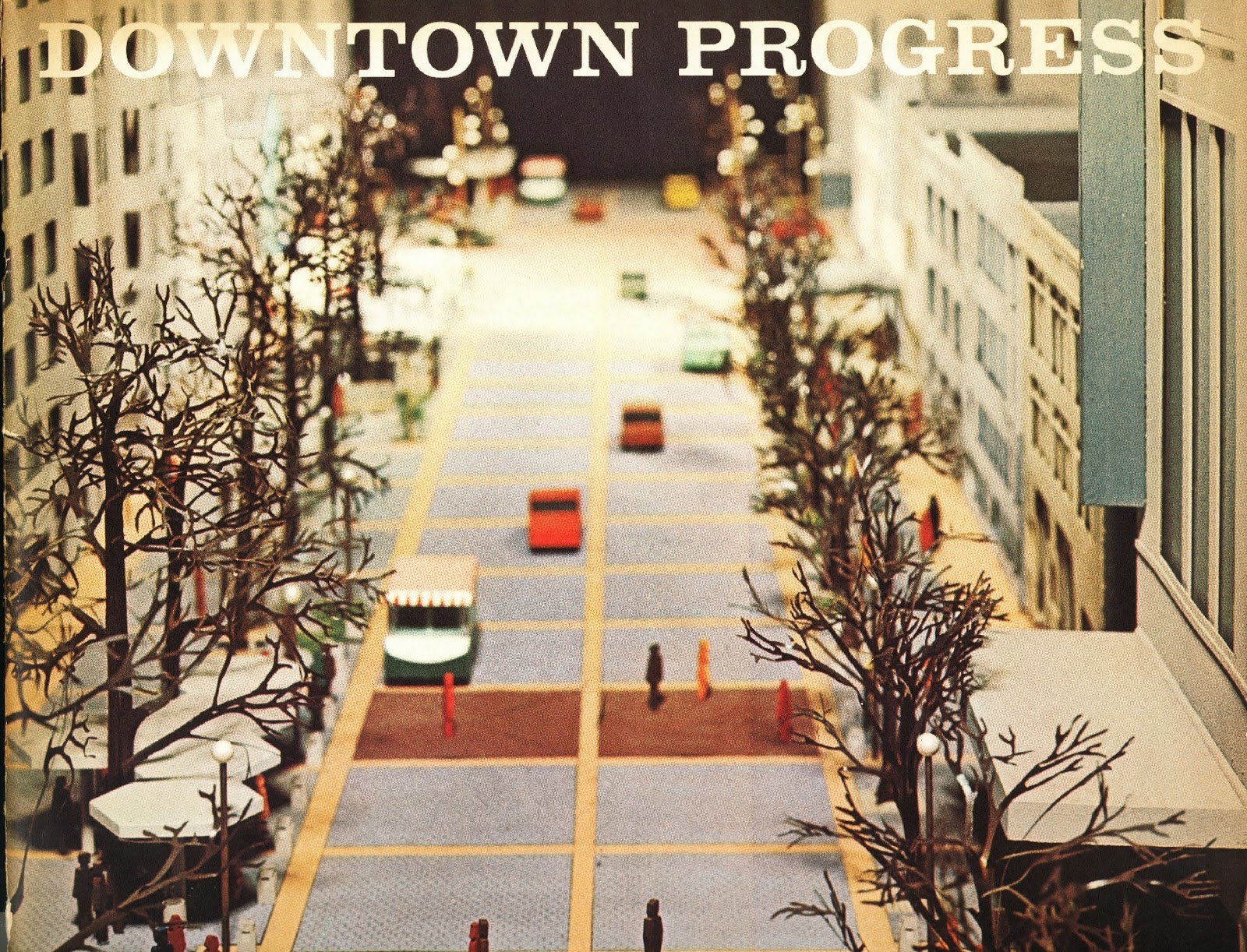 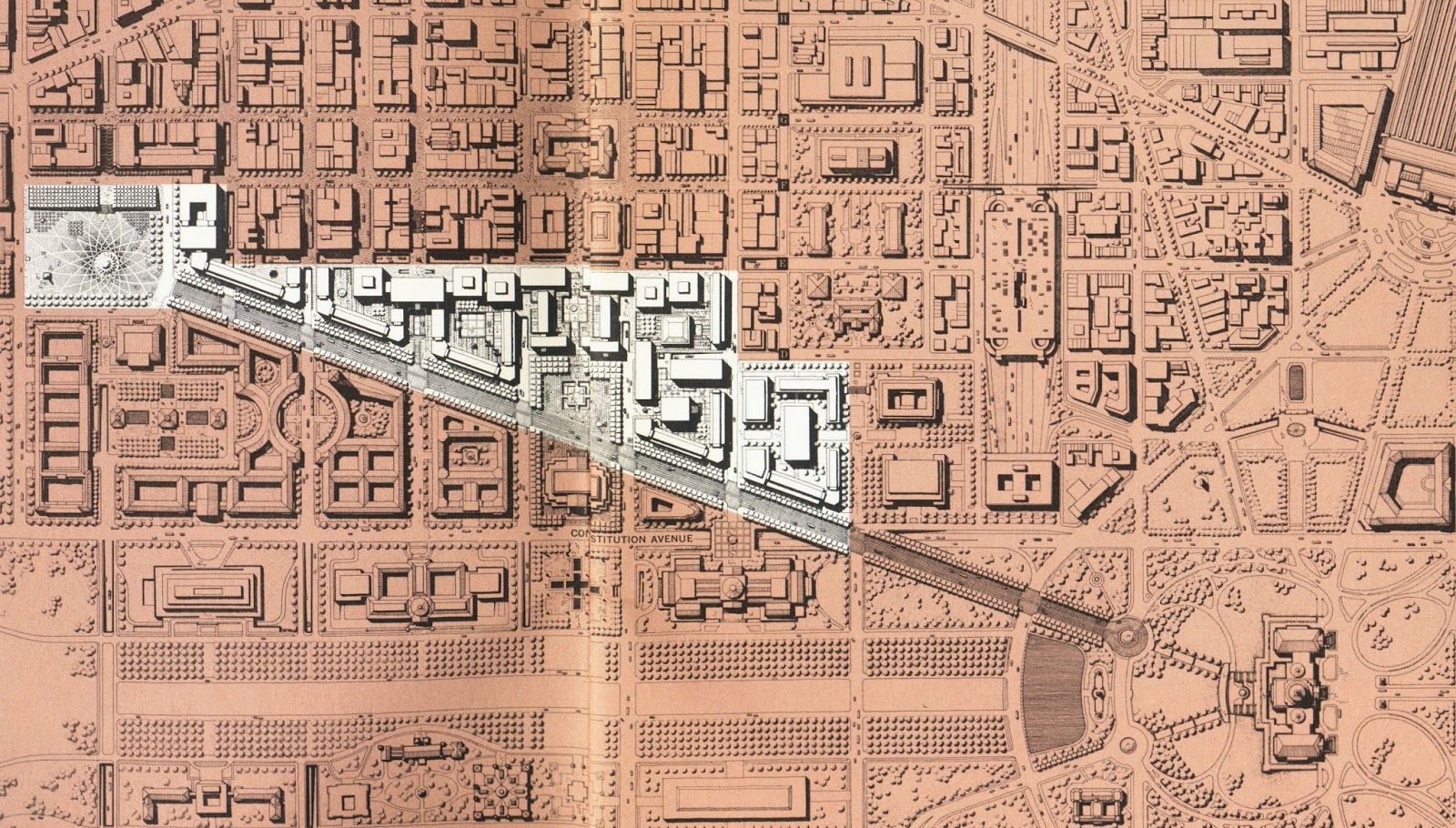 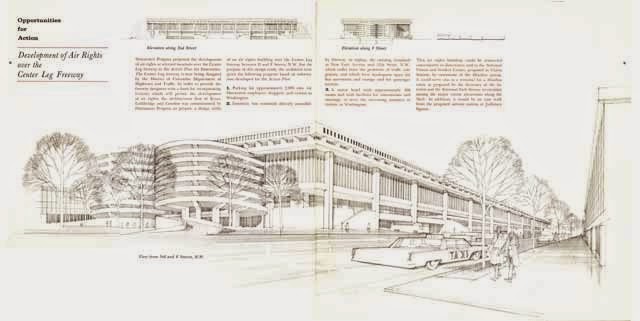 Note the full respect for the 8 lane plus shoulders right of way,
plus a 3rd potential carriageway shown at left


These images came from a 1961 Washington, D.C. transportation planning study "Downtown Progress", showing this parking garage to have been built atop the Center Leg..
Posted by Douglas Andrew Willinger at 6:15 PM