That D.C.'s transportation priorities have been delusional. 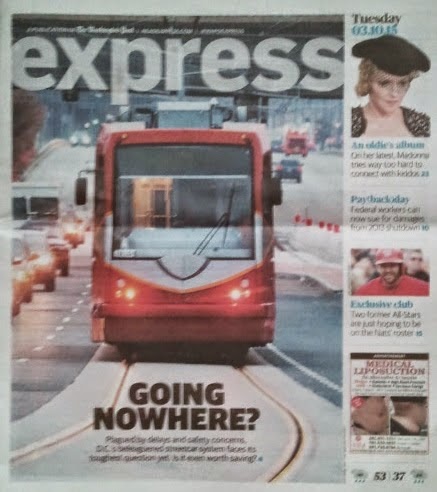 Decades ago we heard the chant- "Stop ALL D.C. freeways until a rapid rail system has been given a chance".

And we ended up with a system clearly deficient.

Yet instead of beginning to plan for completing the freeway system, DC planners instead focused upon a street car slow speed trolley system, as if that should be the priority.

Meanwhile, the planning has been so deficient regarding freeways that local authorities have allowed development to both lock in existing decisive freeway designs while blocking extensions, constricting or blocking unbuilt freeway paths and even blocking uncompleted ramps.

And regarding transit, planning has seriously neglected the need for vastly improved bus stop mini stations that would make bus and van service far more appealing and popular.

Posted by Douglas Andrew Willinger at 5:00 AM